As a follow-up to the 2018 Washington DC Ministerial to Advance Religious Freedom, an event inaugurated by Taiwan’s President denounces persecution in China.

On March 11, 2019, Taiwanese President Tsai Ing-wen opened the event “A Civil Society Dialogue on Securing Religious Freedom in the Indo-Pacific Region” at the Howard Plaza Hotel in Taipei, Taiwan. The event was intended as a follow-up to the 2018 Ministerial to Advance Religious Freedom organized by the U.S. Department of State in Washington D.C. and attended by representatives of 82 countries. U.S. Ambassador-at-large for International Religious Freedom, Sam Brownback, was the keynote speaker. The dialogue continued on March 12 with closed-door sections. The undersigned, deputy editor Rosita Šorytė and editor-in-charge Marco Respinti attended the event on behalf of Bitter Winter.

“In countries where human rights and democratic values are suppressed, said President Tsai, governments engage in discrimination and violence against people who simply want to follow their faith. In those countries, religious organizations are being persecuted, religious statues and icons are being destroyed, religious leaders are forced into exile, and people are held in re-education camps, and forced to break their religious taboos.” Taiwan’s President concluded that the event hopes to “bring religious freedom to the oppressed, hope where there is despair, and light where there is darkness.”

Although Myanmar was also mentioned as a country of special concern, and specific situations in Pakistan, Indonesia, and Vietnam were mentioned, it would be fair to say that most of the conference focused on China. Ambassador Brownback and Uyghur leader Rushan Abbas vigorously denounced the drama of one million Uyghurs detained in “transformation through education” camps. In an emotional moment, Abbas thanked Bitter Winter for its reporting and videos from inside the dreaded Xinjiang camps, and called on the assembly to express solidarity to the Bitter Winter reporters arrested and detained in China. The event coincided with the 60th anniversary of the Battle of Lhasa, which was also commemorated, noting that, sixty years after those dramatic events, the situation of religious liberty in Tibet is deteriorating rather than improving.

Necessarily a two-days regional forum may only describe the tip of the Chinese dark iceberg of religious persecution. Dissident Catholics, ethnic Kazakhs in Xinjiang, Buddhists and Taoists whose statues are destroyed, non-Uyghur Muslims and even the tiny community of Kaifeng Jews are also targeted. And no description of religious liberty in China may be complete without remembering that the groups labeled as xie jiao and totally banned are today the most persecuted, together with Tibetan Buddhists and Xinjiang Muslims, with The Church of Almighty God noticeable for the record numbers of those arrested and tortured.

Note: An earlier version of the article has been replaced by this one to respect the wish of those who prefer not to publicize their remarks during the meeting. 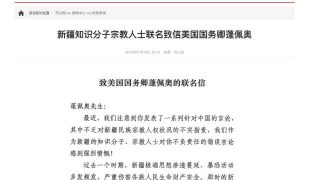 How China Is Bullying and Blocking the UN Human Rights Mechanisms 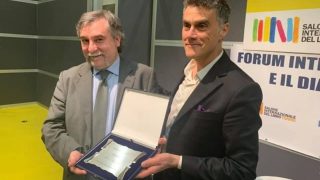