Not only is the CCP embezzling money from churches, it’s also forcing their leaders to fill out certificates falsely claiming the goods were voluntarily given.

On February 16, 2019, the president of the Two National Christian Councils of Mengjin county, under the jurisdiction of Luoyang city in central Henan Province, notified the leaders of all closed-down churches in the county to come to the Religious Affairs Bureau for a meeting. Once there, the county’s United Front Work Department (UFWD) demanded that the church leaders draw up lists of all their church’s fixed assets and movable property; some were forced right there to sign them over the village committees for management.

Thirty of the closed-down churches represent more than half the number of original churches in Mengjin county.

In short, that’s a lot of profit for the Chinese government.

As one source told Bitter Winter, the government doesn’t seize everything at once but rather takes a more step-by-step approach. Take the closure of Leihe Church, for example.

Since last August, the government has gradually siphoned off about 600,000 RMB (roughly $89,600) worth of the assets from the church.

On August 27, 2018, the cross and the three Chinese characters Meng En Tang [“Grace Hall”] were dismantled from Leihe Church. More than a month later, the county’s United Front Work Department demanded that all churches submit their ledgers for inspection, after which the government said the church needed to apply and obtain approval to use its donation money, effectively holding hostage the church’s 30,000 RMB (about $4,480) in cash.

Then, the CCP ordered the church to be shut down under the pretext that “each township can only have one church.” It didn’t matter, of course, that the church had already jumped through all government-required hoops in order to function. Instead, an old Party member was sent to guard the entrance of the church and the believers’ pensions threatened if they tried to reopen it. They wouldn’t even let the pastor of the church have a living allowance – from the church’s own money.

On December 7, under duress from the county’s Religious Affairs Bureau, the church’s leader handed over the keys to the building. And, in February, it gave in to the government’s demands to compile and submit a list of assets, which was about 600,000 RMB – including 100,000 RMB (almost $15,000) in movable property, like refrigerators, washing machines and air conditioners, as well as the new church itself, which was built with approximately 470,000 RMB (about $70,150).

The church leader had begged officials to keep the church to use for other things, but they refused.

This is just one of the 30 churches that have been systemically shut down by officials.

Bitter Winter has repeatedly reported that local governments in Henan, Jiangxi, and other areas have occupied church assets through plundering, repurposing, “donating” churches and other means; the authorities will do whatever it takes to keep on plundering places of worship. 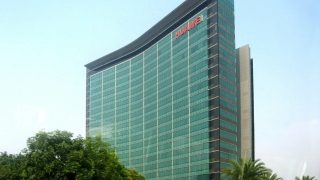