For the first time, the article of the Criminal Code against xie jiao (“heterodox teachings”) is used in Xinjiang to indict 18 Jehovah’s Witnesses. 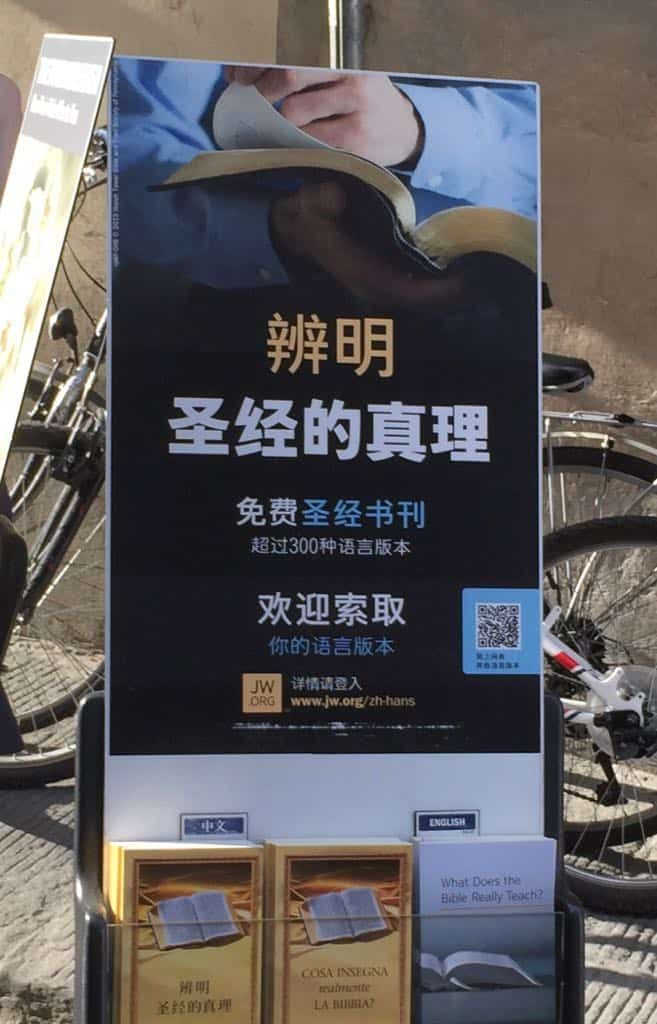 The formulae mentioned by ChinaAid correspond to Art. 300 of the Chinese Criminal Code, which establishes jail penalties of three to seven years “or more” for “using a xie jiao” (sometimes translated as “evil cult” and in ChinaAid article as “evil religious organization,” while scholars point out that “heterodox teachings” would be a better translation). The formula “using a xie jiao for obstructing the law enforcement” (or “inciting the obstruction of law enforcement”) is also customary.

While Chinese propaganda abroad insists that Art. 300 is only enforced against members of groups the CCP labels as xie jiao, including Falun Gong and The Church of Almighty God, who commit serious crimes, this case confirms once again that this interpretation is false. “Using a xie jiao for obstructing law enforcement” is a rhetoric formula used as a synonymous for “being active in an illegal religious organization.” In fact, the 18 Jehovah’s Witnesses were accused of “spreading superstition and heresy” and of inciting people not to join the CCP (Witnesses are forbidden by their religion from joining any political organization), not of any other crime. It is clear that Art. 300 is enforced against those who gather to profess, or spread, a banned faith, a typical “crime of conscience.” No other crime is required.

It is the first time that Art. 300 is applied for a general crackdown against the Jehovah’s Witnesses. As far as Bitter Winter knows, they are not included in the current list of the xie jiao, yet the indictment in Xinjiang implies that they are regarded as a xie jiao. In fact, we have learned that recently pastors of the Three-Self Church insisted that the list of the xie jiao should be expanded, including new groups they regard as “heretic” (and perhaps as too successful in converting members of the same Three-Self Church).