A new document clarifies the Holy See’s official position on the controversial question whether Catholic priests and Bishops “can” or “should” join the CCP-controlled association.

On June 28, the Vatican issued new guidelines in Italian, English, and Chinese, trying to resolve the confused situation of the Catholic Church in China. Until the Vatican-China deal of 2018, for all practical purposes two Catholic Churches co-existed in China, the Underground Catholic Church loyal to the Vatican and the Patriotic Catholic Church, aka Patriotic Association, controlled by the CCP. In some dioceses, they had the same bishop, and some Catholic scholars believed they were in fact two branches of the same Church. Sociologically, however, they were two different entities.

After the 2018 agreement, at lest according to the Vatican, a separate Underground Catholic Church no longer exists. However, what certainly exists in China is the presence of (former) “underground” Catholic priests and Bishops who refuse to join the Patriotic Association. The CCP has continued to persecute them, claiming they are now disloyal both to the Communist Party and to the Vatican.

The Vatican has now clarified that the Catholic Bishops and priests who once belonged to the Underground Church can join the Patriotic Church, but the Holy See does not compel them to join it.

The document states that, first, “the Holy See understands and respects the choice of those who, in conscience, decide that they are unable to register [as members of the Patriotic Association] under the current conditions. The Holy See remains close to them and asks the Lord to help them to safeguard the communion with their brothers and sisters in the faith, even in the face of those trials that each one will have to face.” The Vatican does not suggest that Bishops and priests remain outside of the Patriotic Association. However, those who “in conscience” take this decision are not disavowed by the Vatican either.

The document clarifies on the other hand, that priests and Bishops can join the Patriotic Association. However, they should read carefully the declaration they are asked to sign. “If a Bishop or a priest decides to register civilly, but the text of the declaration required for the registration does not appear respectful of the Catholic faith, he will specify in writing, upon signing, that he acts without failing in his duty to remain faithful to the principles of Catholic doctrine. Where it is not possible to make such a clarification in writing, the applicant will do so at least orally and if possible in the presence of a witness.” In practice, this means that the priest or Bishop can sign a declaration that is theoretically objectionable from the point of view of the Catholic faith, but should do so by adding in writing or at least orally that, nonetheless, he intends to remain “faithful to the Catholic doctrine.”

Future will tell whether these guidelines will solve all problems. The Vatican’s position is clear enough. Chinese Catholics should not regard those who join the Patriotic Association as disloyal to the Vatican, as the Vatican now allows them to join, although by stating that they want to remain faithful to Catholic teachings in all respects. But Chinese Catholics who have joined the Patriotic Association, in turn, should not call those who refused to join disloyal to the Holy See, and should in fact “respect” their choice. 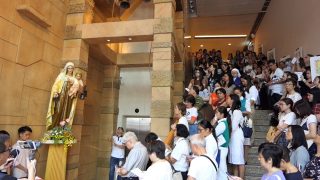 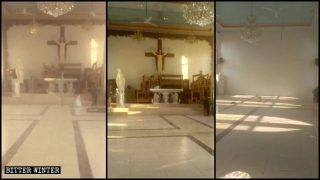