At least 10 free-speech activists are at risk of dying behind bars in China, a Paris-based press freedom group said on Friday, as the authorities continued their crackdown on online speech across the country.

Three years after the death of Nobel peace laureate Liu Xiaobo, Reporters Without Borders (RSF) published a list of ten defenders of press freedom whose lives it said were “in grave danger” if they remained behind bars.

Liu died on July 13, 2017 of an aggravated cancer after being denied treatment during detention.

RSF said at least 114 journalists and press freedom defenders are currently locked away in Chinese jails, some under a life sentence.

It said at least 10 are serving lengthy prison terms and are in danger of losing their lives owing to ill-health, including ethnic minority Uyghurs Ilham Tohti, 50, and Gulmira Imin, 42, who both edited websites targeted by the ruling Chinese Communist Party.

Zhang had been “beaten and forced to wear heavy irons on [his] feet for six months, and denied sustenance,” it said.

Meanwhile, democracy activist and website editor Qin Yongmin, 66, “has grown weak after a total of 20 years spent in detention and labor camps in previous decades,” RSF said. “His health has significantly deteriorated.”

Censors at the social media platform Weibo were meanwhile stepping up warnings to platform users that they could be pursued for comments deemed to be “attacks on government departments or state media agencies.”

A user who gave only her surname Zhu said she knows of several people who have been summoned by police after making comments online.

“Anyone criticizing the government is a dissident in mainland China, and they are targeted for suppression,” Zhu said. “You can’t say anything about the government, because they are so fantastic and wonderful.”

A court in the northern port city of Tianjin recently sentenced NetEase service user Jin Shoukui for “insulting others, harming the image of the country and seriously jeopardizing the national interest online.”

Jin was jailed for nine months by the Nankai District People’s Court, after it found him guilty of “picking quarrels and stirring up trouble,” a charge frequently used to target peaceful critics of Beijing.

RSF also cited concerns for the health of octogenarian publisher Yiu Man-tin, who is asthmatic and has suffered five heart attacks in prison, though repeated requests for medical parole have been denied.

It said Swedish national and former Hong Kong bookseller Gui Minhai, 56, has symptoms of a serious neurological disease, but has been denied access to a doctor requested by the Swedish embassy.

And free speech activist Wu Gan, 47, has lost 15 kilograms since being tortured and mistreated in detention, and suffers from cardiovascular problems as a result of electrocution, it said.

Political cartoonist Jiang Yefei, 53, who was repatriated to China by Thailand despite being a U.N.-approved political refugee, has reportedly been tortured while serving his sentence in the southwestern megacity of Chongqing, with reports of vision loss in one eye, RSF said. 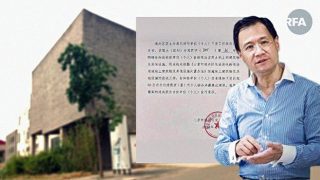 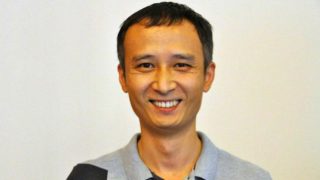 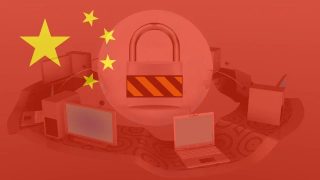