The United States on Thursday designated the Confucius Institute education program as a “foreign mission” of China, setting up the Chinese government-funded language teaching scheme for tougher scrutiny amid worsening relations between Washington and Beijing.

The order requires the Confucius Institute U.S. Center staff to register and follow restrictions similar to those placed on diplomatic embassies, and recently applied by Washington to Chinese state media outlets.

Confucius Institutes are funded by the PRC and part of the Chinese Communist Party’s global influence and propaganda apparatus,” he said in a statement announcing the designation.

“For more than four decades, Beijing has enjoyed free and open access to U.S. society, while denying that same access to Americans and other foreigners in China.  Furthermore, the PRC has taken advantage of America’s openness to undertake large scale and well-funded propaganda efforts and influence operations in this country,” said Pompeo.

United States Senate permanent subcommittee on investigations said in a report in March 2019 that the Chinese Communist Party had poured more than U.S. $158 million into U.S. universities to fund Confucius Institutes since 2006.

But it found that “Confucius Institute funding comes with strings that can compromise academic freedom,” and recommended they be shut down if there is no improvement in transparency around their dealings with U.S. universities.

The report said that teachers and funding for the institutes are provided and controlled by China’s ministry of education through the Hanban, meaning that all teachers, events and speakers at Confucius Institutes are approved by Beijing, even on U.S. soil.

“Of all the … PRC activity in the U.S. that’s been highlighted, Confucius Institute’s been out there for a long time.  People have understood for a very long that these things have been going on, and this designation is long overdue,” said Assistant Secretary for East Asian and Pacific Affairs David Stilwell.

“By designating the Confucius Institutes of the U.S., we ask them to tell us what they’re doing here in the U.S.  We’re not closing it, we’re simply designating them as what they are, as foreign missions,” he told a teleconference Thursday.

“This is not going after Confucius Centers per se, although we would ask that universities, again, take a hard look at what those institutes are doing on their campuses and then decide for themselves if this is something that supports and advances academic freedom and our democratic values or not,” Stilwell added.

According to Human Rights Watch (HRW), at least 29 of more than 100 U.S. universities that had Confucius Institutes had closed them since 2014.

Twenty-two closed after the US 2019 National Defense Authorization Act, which forces schools to choose between keeping Confucius Institutes or receiving foreign language study funding from the U.S. Defense Department, became law in August 2018, with 12 schools citing the need to comply with the act.

Confucius Institutes also have been under scrutiny for several years in Europe and Australia.

In April, Sweden announced plans to close down the last Confucius classroom, becoming the first country in Europe to shut down a key area of China’s soft power. Stockholm University was the first to open a Confucius Institute in 2005, but closed it a decade later citing Chinese insistence on greater control over the running of the institute. 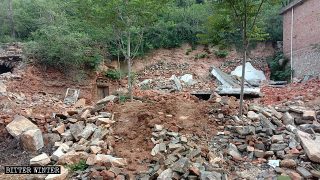 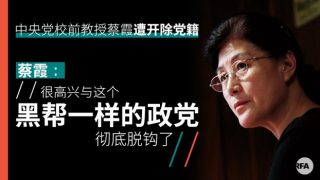