The atheist ruling Chinese Communist Party has tightened restrictions on the practice of religion by its nearly 90 million members, as well as insisting that they show positive signs of loyalty to President Xi Jinping.

Newly revised “Regulations on Disciplinary Measures” issued on Aug. 26 require the party to “strictly deal with the use of religious activities to undermine national unity.”

Party committees at every level, whether in government departments or major enterprises, must also “strengthen the ideological education of religious members.”

“If this education hasn’t helped, the member should be persuaded to quit the party,” the rules say.

As well as forgoing religious practices, members are expected to demonstrate that they consciously support Xi Jinping as a “core leader,” rather than simply nodding along with official propaganda, political analysts said.

“Anyone who vilifies the party or the national image, vilifies and defiles party and state leaders and heroes, or distorts the history of the party, the People’s Republic of China, or the People’s Liberation Army (PLA) must be punished,” the directive says.

“That means that if you don’t consciously uphold the core position of Xi Jinping, you will have committed a disciplinary violation,” Gao told RFA.

“Punishments range up to expulsion … which is the equivalent of the death penalty in criminal law.”

“So the fact that they have written this into the disciplinary regulations is a very different thing from just symbolic propaganda slogans [about the core leader],” he said.

“Xi Jinping requires the whole party and the whole country to bow down before him,” Gao said.

He said the rules also mean that anyone questioning the official version of history will face sanctions.

“[The rules aren’t saying] that you can’t distort historical truth; they are saying that you’re not allowed to distort the version of history approved by [the Communist Party],” Gao said.

Xia Ming, a professor of political science at the City University of New York, said the scope of the new rules is far broader than first appears.

“They will apply to the entire cultural and educational system, the health-care system, mass organizations, and so on,” Xia said. “The scope of coverage is … huge.”

He added: “Strengthening political discipline means eliminating any easing up that may have happened in the past … and [centralizing power], thus serving the personal cult of Xi Jinping.”

“Most members of the Chinese Communist Party have lost their faith in communism, and some people are religious believers,” Hu said. “It is said that some senior Chinese officials, including veterans, follow religions such as Buddhism.”

“So the government wants to take control of the situation.”

Hu said Tibetans, Uyghurs, Hui Muslims, and other minority groups within party ranks will likely also be targeted over their religious beliefs and practices.

“Whether they are officials of the Communist Party or not, it is impossible to prohibit them from practicing their religion,” he said.

“They will resent or resist the authorities’ suppression of these religions in the name of counter-terrorism and separatism.”

Reported by Han Jie for RFA’s Mandarin Service, and by Wen Yuqing for the Cantonese Service. Translated and edited by Luisetta Mudie. 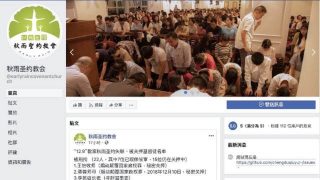 Police: “Come and Worship Me. I Am the Law!” 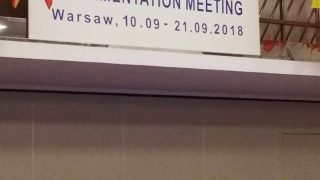 “BUT IS IT REALLY A RELIGION?”

China: Families of up to One Million Detained in Mass “Re-Education” Drive Demand Answers 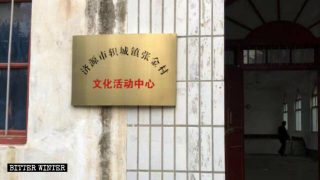