Mexico faces “considerable challenges” in guaranteeing people’s human rights, its ambassador in Geneva told UN Member States on Wednesday, before being urged to continue tackling corruption and impunity relating to a range of violations including enforced disappearances and torture.

Speaking at a scheduled review as part of the 31st Universal Periodic Review, Ambassador Miguel Ruiz Cabanas insisted that his Government was committed to doing more to bolster Mexicans’ freedoms.

“Mexico faces considerable challenges in terms of human rights; we have not come here to downplay them or to deny them,” he said.

Listing a series of violations that included torture and other cruel, inhuman or degrading treatment, enforced disappearance of persons, threats and violence against human rights defenders, journalists, and women, the Mexican head of delegation spoke of the need for action from every branch of Government: executive, legislative and judiciary.

Mexico faces considerable challenges in terms of human rights; we have not come here to downplay them or to deny them – Ambassador Miguel Ruiz CabanasOf 102 Member States that responded to the Mexican Ambassador’s comments, five highlighted torture concerns, 16 spoke about dangers faced by human rights defenders and 15 underscored the threat to journalists.

Another 12 States raised the issue of enforced disappearances – a key matter of public concern following the 2014 disappearances of 43 students in Ayotzinapa.

A report published in March this year by the UN Human Rights Office, OHCHR, concluded that there were “strong grounds” to believe that at least 34 people detained during the investigation into the students’ disappearance had been tortured, and many of them arbitrarily detained.

Most of these detainees had been in the custody of the Attorney General, the US delegation noted in a written submission, also citing “evidence of obstruction of justice and manipulation of evidence”.

Addressing concerns from countries including Belgium about suspects being held without charge – a practice known as “arraigo” in Spanish – Ambassador Cabanas confirmed that it was only applied in exceptional cases to combat organized crime, and that its use had diminished “significantly” since Mexico’s last country review in 2013.

The issue of women’s rights was raised by more than 20 States, with Belgium also calling for clarification on the “very high” number of female murder victims in Mexico, noting too that perpetrators escaped justice despite the existence of mechanisms to combat these crimes.

On the same matter, Canada urged Mexico to “develop and fully implement” guidelines for the investigation into cases of femicide in states of the federation where they are absent.

One of Mexico’s main challenges in promoting human rights and the rule of law is that fact that around 95 per cent of offences fall under state – and not federal – jurisdiction, Ambassador Cabanas explained.

To address this, standards, frameworks and mechanisms have been designed at a federal level, he noted.

“Mexico is a federal republic with 129 million inhabitants,” he said. “It comprises 32 states, each with its own constitution and powers. With 2,459 municipalities our federal system means it is essential for umbrella-coordination efforts to protect human rights across a territory of two million square kilometres.” 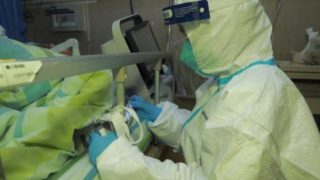 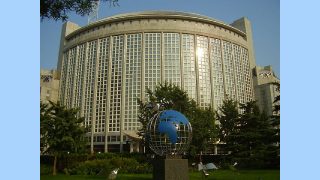