(New York) – Chinese authorities should immediately release the pastor and scores of members of an independent Protestant church in the southwestern city of Chengdu, Human Rights Watch said today. Authorities should also return church properties and allow the members to resume worship services.

On December 9 and 10, 2018, police officers in Chengdu took into custody Pastor Wang Yi and more than 100 congregants of the Early Rain Covenant Church from the church premises or their homes. Early Rain is considered an “underground” church because it is not registered with the government.

“The shutdown of a Protestant church in Chengdu epitomizes the Xi Jinping government’s relentless assault on religious freedom in China,” said Yaqiu Wang, China researcher. “It makes a mockery of the government’s claim that it respects religious beliefs.”

Authorities also ransacked and sealed Early Rain Covenant Church’s properties, including its offices, a kindergarten, a seminary, and a bible college, and searched the homes of many congregants. The police forced church members to sign a pledge that they would not attend the church again and blocked them from going to the church schools. The church’s accounts on China’s social media platform WeChat were also removed.

Some church members, who were later released, said the police had beaten them. One said he was tied to a chair and deprived of water and food for 24 hours. Dozens of church members remained in police custody. While some families of detainees said they have received police detention notices, others have not been given information regarding the whereabouts or well-being of their loved ones. Police criminally detained Wang Yi on suspicion of “inciting subversion of state power,” according to the notice Wang Yi’s mother received. The wife of church elder Li Yingqiang said police told her that Li was detained for “picking quarrels and provoking trouble.”

Wang Yi, a prominent member of China’s Christian community and a former legal scholar, is known for his impassioned sermons and outspoken criticism of the Chinese Communist Party. Shortly before his arrest, Wang Yi had published an essay critical of the government’s tight control over religion, and calling on China’s Christians to carry out civil disobedience, such as resisting government orders not to preach outside of church premises or to prohibit children from attending church. Two days after Wang was taken into custody, a statement he had drafted in anticipation of being detained was posted online. In it Wang Yi vowed to “use peaceful means… to resist every and all governmental and judicial measures that persecute the church and interfere with Christian belief.”

In recent years, police have frequently harassed Wang Yi and key members of the Early Rain Covenant Church, an independent evangelical church with about 500 congregants. Early in 2018, the church organized a petition to protest the newly amended Regulations on Religious Affairs. The regulations ban “unauthorized” religious teaching and participation in overseas religious training or meetings and expand the role of local authorities in controlling religious activities. The regulations tighten existing religious controls in China, which already restrict religious practice to five officially recognized religions in officially approved premises, among other restrictions.

Several church members believe that the petition, which drew signatures from over 400 pastors across China, might have prompted the mass arrests. In September, Chengdu authorities informed the church that its activities had violated the government’s religious policy.

Under President Xi, the government has further tightened control over Christianity in its broad efforts to “Sinicize” religion or “adopt Chinese characteristics” – in other words, to ensure that religious groups support the government and the Communist Party. Authorities have demolished hundreds of Christian churches or crosses on top of churches, evicted congregations, confiscated Bibles and other church materials, and installed surveillance cameras in the churches allowed to function. In April, the government banned online sales of the Bible. In September, Beijing authorities shut down the Zion Church, one of the city’s largest Protestant underground churches.

In March, Pastor John Sanqiang Cao was sentenced to seven years in prison for “organizing others to illegally cross the border” between China and Myanmar. Cao had been involved in educational projects for impoverished minority groups in Myanmar. In 2014, a court sentenced Pastor Zhang Shaojie to 12 years in prison for “fraud” and “gathering a crowd to disturb public order.”

In September, the Roman Catholic Church and China reached a deal designed to end a decades-long standoff over authority to appoint bishops in China. China’s estimated 12 million Roman Catholics are divided between an underground community that pledges allegiance to the pope and a government-run association with state-appointed bishops. Under the accord, Beijing will propose names for future bishops and the pope will have veto power. Many had hoped the new accord would bring the persecution of bishops of underground churches to an end. However, in November, authorities in Zhejiang province forcibly disappeared Bishop Shao Zhumin, his fifth disappearance in his two years as bishop. Shao’s current whereabouts are unclear.

The Chinese government has also ratcheted up restrictions over Buddhism in Tibetan areas and imposed unprecedented control over religious practices in the predominantly Muslim region of Xinjiang, as Human Rights Watch has extensively documented.

“Pastor Wang Yi has said he would stand up for his faith if he were to be imprisoned,” Wang said. “Everyone who supports religious freedom should stand with Wang Yi and speak out against the Chinese government’s repression of religion.” 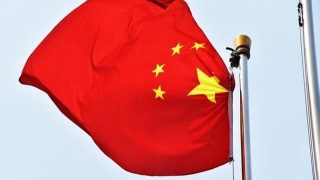 A Church in Zhengzhou Receives Written Decision of Disbandment 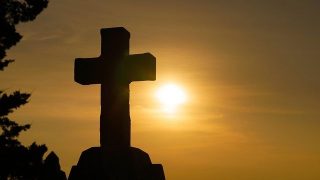