China strictly prohibits education by religious bodies, despite education being a pillar of Christian activity around the world. Numerous schools closed.

In October 2018, the authorities ordered the seminary’s closure, scattering its 300 students.

According to insiders, throughout October 2018, religious and education officials from central, provincial, and municipal governments visited the seminary frequently, and ordered the principal to dissolve Sacred Heart on the grounds that “churches are not allowed to participate in education.” Under such pressure from the government, the seminary was forced to close. Some of the school’s 300 students were relocated to “Hebei Daming Middle School,” but most of them were sent back to schools in their respective birthplaces.

One female student at Sacred Heart said with tears in her eyes, “We don’t want to separate from each other, nor do we want to leave the seminary.”

China’s new Regulations on Religious Affairs prohibit institutions not recognized by the government from giving religious education or training. Since these Regulations came into force in February 2018, the authorities have ordered the closure of several church schools throughout China.

The parents of many students at the closed down schools are distraught that their children will not be able to receive a church education from an early age. Some said that such education lays a foundation for the faith of their children and helps to protect them from the ills of society, enabling them to grow up in a healthier environment. One parent characterized the closure of schools as an effort to cut off people’s faith completely, starting with children.

Since its founding 30 years ago, Sacred Heart Seminary has enjoyed a good reputation in the local area and has sent large numbers of its talented students to study at major seminaries throughout China, including the National Seminary of the Catholic Church in China and those in the provinces of Hebei and Shaanxi. In the 16 years between 1988 and 2004, 100 Sacred Heart Seminary students went on to study at major seminaries. Among them, 50 have been ordained.

Not only Catholic seminaries are facing closure. Various schools run by Protestant house churches have also been shuttered.

One day in late October, a music school founded by a house church in Harbin city, the capital of China’s northernmost province of Heilongjiang, was raided by the authorities. More than 30 students were attending classes when ten personnel from five departments (including the city’s National Security Brigade and the Religious Affairs Bureau) stormed in. The church’s leader, Zhou Ming (a pseudonym), and two South Korean teachers were taken to the local police station. The South Korean teachers were deported, and the music school was shut down.

Authorities have repeatedly raided and harassed the church to which Zhou Ming belongs on the grounds that the church “does not have a religious activity permit and the gatherings are illegal.” Zhou Ming himself has also been summoned for questioning numerous times.

“Now, there are no laws that can protect our freedom of belief, because they [the CCP] are the law,” said Mr. Zhou. “We’re not resisting the government. We just want to maintain a pure faith in line with the Bible.”

Bitter Winter has already reported that in October 2018, the Rehoboth School, located in Shenyang city of Liaoning Province, was closed by the authorities because of religious affiliation. Three of its foreign instructors had been deported from China earlier in July.

The seminary, humanities college, and Reformed Academy founded by the prominent Early Rain Covenant Church in Chengdu, the capital of the southwestern province of Sichuan, have also been forced to close down after the authorities’ clampdown on the church.

In the first half of 2018, a kindergarten independently operated by Beijing Agape Church and a kindergarten founded by Xunsiding Church in the port city of Xiamen in Fujian Province (both house churches) were forcibly closed down by the authorities.

One 15-year-old student at Sacred Heart Seminary said: “They [the CCP] are afraid that all of us will become rooted in our faith. If they separate us and don’t let us read the scriptures, our minds will slowly slacken. We might not believe anymore, and our faith will be cut off. That is their goal.” 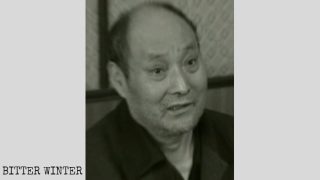 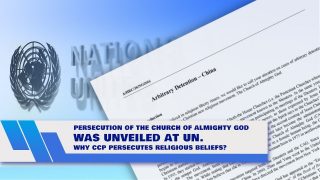 Persecution of The Church of Almighty God Was Unveiled at UN. Why CCP Persecutes Religious Beliefs?