WASHINGTON —Joshua Belete saw Libya, in North Africa, as a stopover, one leg in a journey that would lead to a better life in Europe.

But like thousands of other migrants from across Africa, Belete got stuck. He ended up at a United Nations refugee encampment in Tripoli, Libya’s capital and largest city.

For some, like Belete, entrapment happens on a boat in the middle of the Mediterranean, when the Libyan coast guard reels migrants back and throws them in detention centers. Others never leave shore; instead, they’re cornered by militants or human traffickers, imprisoned and cut off from their loved ones.

“We didn’t even have clothes,” Belete told VOA by phone. “It’s been a long time, and we have nothing.”

After the coast guard brought him back, Belete spent six days in a detention center. He was then taken to Ain Zara, in western Libya, when a conflict broke out between militants and people in the town. Refugees like Belete spent days without food or water, before the United Nations intervened and brought them to Tripoli.

Belete is one of the lucky ones. Many others are kept captive and tortured, their hopes for new beginnings replaced with a brutal existence of torment and extortion that repeats, day after day.

In search of solutions

When African heads of state and government meet at the Summit of the African Union next week in Addis Ababa, Ethiopia, they’ll discuss ways to better help refugees and internally displaced people like Belete.

Around the world, more than 68 million people have been forced from their homes, according to the United Nations. Many come from Africa, but it’s also Africa — and not Europe — that hosts the majority of migrants and refugees.

“African migrants go to other African countries where they can be integrated much more easily,” United Nations Secretary General António Guterres told VOA, “and where they face much less problems of xenophobia and racism than when they move to other continents.”

Unlike the rest of the world, Guterres said, Africa benefits from a regional convention for managing internal displacement.

“We need to pay tribute to the generosity of African countries,” Guterres said. “You have African countries, practically without exception, with their borders open to refugees fleeing conflict or persecution. You have enormous solidarity in relation to those refugees.”

The United Nations wants to bring a similar level of coordination to the global stage in the hopes of addressing flashpoints like Libya. In December, the intergovernmental body adopted two compacts designed to improve how the global community manages migration and responds to refugee crises.

The U.N. hopes to use the first compact, focused on migration across borders, to stem forced migration, make migration paths safer and help migrants integrate into their new communities.

The second compact focuses on providing protections to refugees by empowering both origin and host countries, improving refugees’ access to resources and encouraging more “third-country solutions.”

The compacts aren’t legally binding, but they do provide a holistic blueprint that could improve how the world manages migration — if member states play their part.

That’s a concern for Guterres, who worries that developed nations aren’t pulling their weight.

One country far from the borders most refugees seek to cross that’s stepped up is Canada.

Ottawa has resettled 150 African refugees living in slave-like conditions in Libya. The government plans to take in 500 more in the next two years under its resettlement program, The Canadian Press, the country’s national news agency, reported Wednesday.

But that’s just a fraction of the people trapped.

Libya has become a major chokepoint for refugees from across Africa seeking asylum in Europe. With the country’s infrastructure and civil society in tatters after the fall of Moammar Gadhafi in 2011, militants, traffickers and bandits have thrived. Migrants look for passage to Europe across the Mediterranean but face brutal conditions in one of Africa’s most lawless states.

Idris Adem ended up in the same U.N. center as Belete after following his own harrowing path.

After making it to sea, he too was brought back to Libya, where he found himself in storage houses with migrants from Somalia, Comoros, Ethiopia and Eritrea.

Distinct cultures, ethnicities, languages, all ensnared in an unforgiving place that reduces living to survival.

“We have scattered, and we find ourselves here,” Adem told VOA. “And some of us are here at the U.N., and some of us were kidnapped again and taken backward and returned.”

Margaret Besheer contributed to this report. 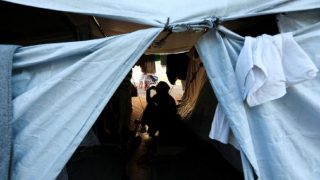 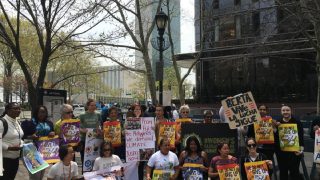 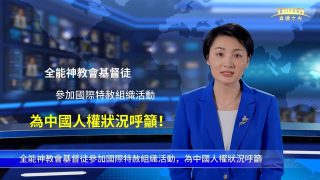 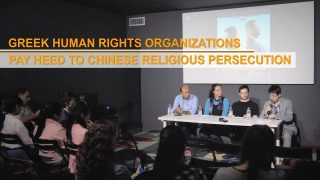