LONDON —Deep divisions between member states threaten to derail a European Union summit on migration, scheduled Wednesday in the Austrian city of Salzburg. Brussels wants to deploy EU border guards across the external borders, but frontline countries like Hungary want to police their own borders.

Sixty African migrants were plucked from the Mediterranean moments before their inflatable boat sank beneath the waves, in a perilous rescue Saturday by Spanish authorities.

It is the latest of dozens of such operations this year on the so-called Western Mediterranean route, which now accounts for more than half of all illegal crossings into the European Union. Most of the migrants are from Guinea, Mali and Morocco.

That was as a thinly-veiled message for frontline states including Italy and Hungary, whose governments have repeatedly blamed the European Union for the migrant crisis.

He says Hungary is better at border protection than anyone else in Brussels or some international organization. Therefore Hungary will not give up the right to protect its borders.

Even within Europe’s political alliances on the right and left, there are growing divisions over migration, says analyst Leopold Traugott of policy analyst group “Open Europe.”

“The summit will most likely be portrayed as the battle between on the one had the progressives, who want to keep Europe open, who want to continue to help asylum seekers; and on the other hand the hardliners, the populists who want to close Europe down and create a ‘fortress Europe’. But in the end the division is not that clear-cut,” said Traugott.

At London’s insistence, Britain’s exit from the European Union, just six months away, will also be discussed.

The International Monetary Fund warned Monday that failure to strike an exit deal would entail, in its words, “substantial costs” for Britain’s economy. 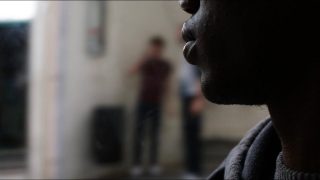