(New York) – The Hong Kong Electoral Affairs Commission (EAC) should immediately reverse its decision to disqualify the candidacy of Joshua Wong, a prominent pro-democracy activist, for upcoming district council elections, Human Rights Watch said today. On October 29, 2019, the EAC notified Wong that his candidacy for the November 24 elections was invalid.Barring a candidate from running for elected office on the basis of their peaceful political views violates fundamental rights to freedom of expression and to take part in genuine elections as guaranteed by the International Covenant on Civil and Political Rights (ICCPR). The ICCPR is incorporated into Hong Kong’s legal framework via the Basic Law, the territory’s functional constitution.

“Disqualifying Joshua Wong from running for office is just the latest example of the Hong Kong government’s increasingly anti-democratic tactics,” said Sophie Richardson, China director. “The government’s rigging of the electoral process reinforces for many people that the only way to be heard is by protesting on the streets.”

Wong, 23, who was running in the Southern District, was the only District Council candidate that the EAC disqualified. A Hong Kong government news release issued after the electoral commission’s decision stated that Wong “cannot possibly comply with the requirements of the relevant electoral laws, since advocating or promoting ‘self-determination’ is contrary to the content of the declaration that the law requires a candidate to make to uphold the Basic Law and pledge allegiance” to the Hong Kong Special Administrative Region.

Hong Kong has two elected bodies: the Legislative Council (LegCo) and the District Council. The LegCo, with 70 members, has some lawmaking authority. The District Council, which has 452 members, is a consultative body that advises the government on local issues. Unlike for the LegCo, all 452 seats on the District Council are elected by one person, one vote. In recent years many of these seats have been held by pro-Beijing figures who ran unchallenged, but the recent months of pro-democracy demonstrations have prompted more people to run, such that all 452 seats for the upcoming election are competitive.

Since 2016, the Hong Kong government has increasingly disqualified pro-democracy figures from running for seats in the LegCo or unseated them after they had been elected. But the rejection of Wong’s application was the first time a candidate for District Council elections has been disqualified for their peacefully expressed political views.

In 2016, the electoral commission added a requirement that all candidates wishing to run for the LegCo must fill out a “confirmation form,” in which candidates affirm that Hong Kong is an inalienable part of China, a requirement that infringes on the right to peaceful expression. The commission then disqualified two pro-democracy candidates – Edward Leung of Hong Kong Indigenous and Andy Chan of the Hong Kong National Party – because their pro-independence stances were deemed “incompatible with the Basic Law.”

When some of those vacated LegCo seats became available, the electoral commission disqualified a Demosisto Party candidate, Agnes Chow, stating that her promotion of “self-determination” for Hong Kong is “inconsistent” with the Basic Law. In September 2019, a Hong Kong court overturned Chow’s disqualification because the EAC failed to give Chow an opportunity to respond to the decision.

The central and Hong Kong governments, in a series of decisions made since 1997, have backtracked and foreclosed on the obligation, guaranteed under the ICCPR and Basic Law, to institute universal and equal suffrage, and further encroached on other human rights in Hong Kong. They have prosecuted dozens of Hong Kong pro-democracy leaders. A bookseller and a tycoon – both holding foreign passports – were abducted from Hong Kong to the mainland under murky circumstances.

The Chinese and Hong Kong authorities tried to impose draconian legislation that would force people to “respect” the Chinese national anthem, and another law that would allow the extradition of suspects to China’s highly abusive criminal-justice system. They banned a political party that peacefully promotes Hong Kong independence – a relatively recent call though such moves have grown more frequent as Beijing has tightened its control. 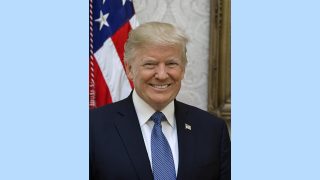