Tea Leaves Prepared by God Actually Have so Marvelous Effects

Influenced by my family when I was young, I have been accustomed to drinking tea every day, feeling that plain boiled water is tasteless. And yet the addition of a pinch of tea leaves will make the plain water become pleasant to the palate. In my study or work, drinking a cup of tea will help to refresh the mind and improve intelligence, making the way of thinking become clear; when I stay up working, a cup of strong tea makes my best “stimulant.” Tea leaves are the best company to me and so I regard them as the necessity in my life.

My experience a few days ago gave me a new definition of tea leaves: They can not only be used to make drinks but have many functions as a helper to me.

Things went like this: Because I wore airtight shoes, my feet developed beriberi. Even in winter, after being worn a day my shoes and socks would have the peculiar smell as a result of beriberi and changing shoes didn’t work, not to mention in summer. Not only was the smell unpleasant, but my feet would also terribly itch and even peel, effuse liquid, and have festering toes once I wore airtight shoes or the temperature was high. In the face of the troublesome beriberi, I could do nothing. 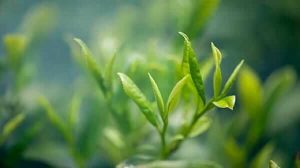 Last summer, the beriberi again brought endless annoyance to my life. Under others’ suggestion, I tried a kind of emulsion made from four drugs, but to no effect. I had previously heard from others that the medicines for beriberi treatment were ineffective and thus I had never bought them. However, since the beriberi really left me in pain at that time, I didn’t mind if the medicines were effective, and I must have a try even if they didn’t work. Once they cured my illness by chance, my pain would end. Then I bought a bag of foot powder and was told by the workers in the drugstore that only soaking feet with the medicine for three consecutive days would produce curative effect. I had bought the medicine, but I had to take business trips frequently based on work requirement and couldn’t spare three consecutive days to cure the troublesome beriberi. I had no choice but to await a proper chance for the treatment in my busy days.

One noon, when I was taking a rest in a friend’s home, I accidentally found on the wall there hung a calendar. And there was a simple folk prescription in the lower part of each page. Out of curiosity, I paged through it and stumbled across a folk prescription to cure the beriberi, which says that it is effective to place tea leaves into shoes and socks and then wash feet with the tea-water every day. In an instant when I saw this, I couldn’t believe: How could it be possible? As far as I know, many people with beriberi have spent so much money to buy many medicines yet they still don’t cure this disease. Could the insignificant tea leaves cure it? Perhaps it’s just an absurd saying. Thus I had never followed this simple folk prescription. However, as my beriberi got more and more serious, I thought: Since I have no chance to use foot powder, the tea leaves are convenient to use; it costs much less money and is not a chemical product that does harm to the body. Why don’t I have a try?

Then I placed a pinch of tea leaves into my pair of socks. Every evening I added them to the water to soak my feet, and then put some new tea leaves into my socks. In the beginning, I didn’t expect that it could cure my beriberi but just had a favorable impression of its aroma because it could cover the foul odor produced by the beriberi. But I had never thought that after half a month the peculiar smell on my feet and in my shoes relieved a bit and so did the symptom of pruritus. I couldn’t help frowning: Could it be that the tea is really able to cure my beriberi? Another month later, a miracle happened: My beriberi really was cured. Not only did my feet not have peeling skin, festering toes, blisters, or even peculiar odor, but there was faint scent left on my feet and in my socks and shoes. Such result was truly incredible to me. The tea leaves actually have such a marvelous function. It cured my beriberi that had lasted for several years at little cost of money. It appeared that the effects of tea leaves were beyond what I had expected. When I admired tea leaves, I suddenly remembered little things that were relevant to them.

Once, as I had a meal in my friend’s home, my friend served a special dish—pickled garlic and said it tasted delicious. But I didn’t dare to take it, afraid that there would be a heavy garlic taste that was difficult to remove in my mouth. Seeing through my thought, my friend told me not to be afraid because there was a clever method: We just needed to chew some tea leaves after eating the garlic. I couldn’t resist the recommendation of my friend and ate much pickled garlic. After that my friend took out tea leaves for me to hold some in my mouth. Wonderfully enough, the peculiar taste of garlic indeed disappeared and was replaced with the taste of tea leaves. Thereafter, I would never be afraid of eating pickled garlic.

On another occasion, I got infected with a serious disease. The wound was festering and so I bought medical alcohol to disinfect it. A doctor’s daughter, my friend, learned that I sterilized with alcohol and dissuaded me: “Alcohol has a strong burning property and it does harm to the tender skin. I can tell you a very simple way. Cleaning the wound with tea-water will be okay because the tea-water can eliminate bacteria and disinfect the wound.” After I did as she told me, I indeed had a mild feeling in my wound rather than stimulation.

Afterward, I came to learn more about marvelous effects of tea leaves: Decocting tea leaves and cooling it quickly to have the wound soaked in it or to spray it on the surface of the wound will be effective to burn or scald, and can relieve pain and prevent tissue fluids from exuding and promote the healing of wounds; soaking tea leaves with milk to make strong tea can cure acute mercurial poisoning; Cleaning the hair and then washing it with tea-water can beautify the hair and eliminate dirt to make the hair pitch-black, soft, shiny and beautiful; chewing tea leaves slowly for one minute and then gargling is effective to periodontitis, halitosis, and toothache. …

Tea leaves look insignificant yet have such amazing functions. They are very wholesome. We don’t need to pay much money for them, nor worry about the harm of using chemical products, nor worry that there will be side effects. Using them is really simple and environmentally friendly.

After knowing these, I, a Christian, sighed with heartfelt emotion for the first time: Things created by God are really wonderful. When I was filled with love for tea leaves, I read such a passage of God’s words: “In regard to the sources of food for the lives of mankind’s physical bodies, God has made very precise, very accurate and very suitable preparations, so that people’s lives are rich and plentiful and not lacking in anything. This is something people can feel and see. Additionally, among all things, whether it is animals, plants, or all kinds of grass, God also created some plants that are necessary to resolve harm or illness to the human body. What do you do, for instance, if you get burned? Can you wash it with water? Can you just find a piece of cloth somewhere and wrap it up? It might fill up with pus or get infected that way. What do you do, for instance, if you get scalded accidentally by a flame or by hot water? Can you flush it with water? For instance, if you get a fever, catch a cold, suffer an injury from physical work, a stomach ailment from eating the wrong thing, or develop certain diseases due to living habits or emotional issues, such as vascular diseases, psychological conditions or diseases of the internal organs—there are corresponding plants to cure all of these. There are plants that improve blood circulation to remove stagnation, relieve pain, stanch bleeding, provide anesthesia, help people recover normal skin, eliminate blood stasis in the body, and eliminate toxins from the body. In short, they can all be used in daily life. They are of use to people and have been prepared by God for the human body in case of need. Some of these were allowed by God to be inadvertently discovered by man, while others were discovered from certain special phenomena or by certain people prepared by God. Following their discovery, mankind would pass them down, and then many people would know about them. This way, God’s creation of these plants has value and meaning. In short, these things are all from God and were prepared and planted when He created a living environment for mankind. All of these things are very necessary.”

Before the creation of man, God had created various plants and prepared a whole set of natural medicines. God’s preparations beforehand provide us with corresponding curative medicines once we suffer all kinds of diseases and injuries, thus making us live a healthy and happy life. Don’t the series of marvelous effects of tea leaves come from God? Aren’t they prepared by the Creator for the sake of us mankind living a better life? They both help to promote the healing of wounds and cure acute mercurial poisoning. … Actually, apart from tea leaves, there are many different kinds of herbs, flowers, bark and leaves of trees, and so forth. They are abundant and plentiful. Aren’t they all free sovereign remedies bestowed upon us by the Creator? It can be seen from these that God has a thorough and perfect thought for our survival as well as showing us His meticulous care and consideration. God’s love is hidden behind all created things, which, at the same time, are the manifestation of God’s authority. Now the functions of all things we have known are just a drop in the ocean. There are still lots of functions for us to discover and experience. 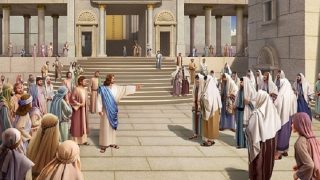 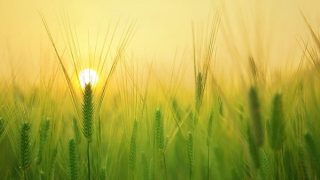 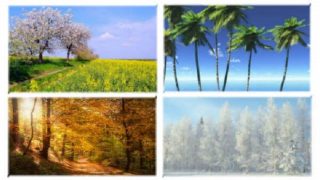 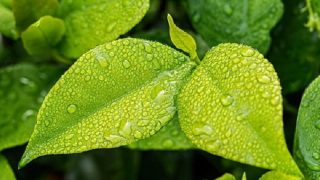 Enjoy the Rain and Thanks Be to God