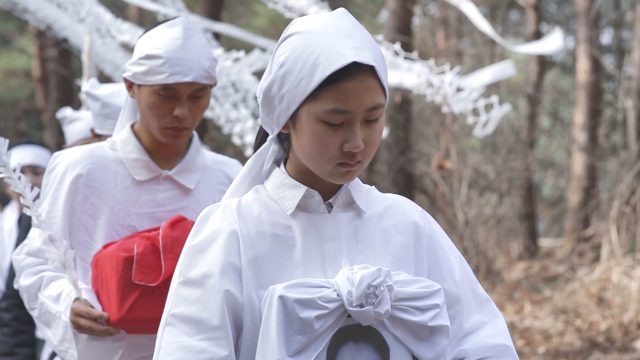 Although some Christians from The Church of Almighty God (CAG) are seriously ill, they are still subjected to the CCP police’s merciless mistreatment and interrogation, which deteriorate their health and even cause their death.

At 3 a.m. on September 10, 2019, local police of Yuncheng City in Shanxi Province launched a mass arrest campaign. As a result, over one hundred CAG Christians were arrested the same day.

According to sources, on the night of the campaign, when CAG Christian Li Yue (pseudonym) and another Christian were sound asleep at their rented place, over a dozen police officers suddenly broke into the unit, forcibly searched it, and arrested two of them. At the time, Li Yue had her heart attack in great fear. With her heart beating fast, she was weak all over and fecal incontinent. She repeatedly asked permission to take medication, but only met with reprimands. The police cuffed them and forcibly took them away.

At 10 p.m. that night, four officers took arrestees including Li Yue to a hospital for medical checkup. The doctor told the police that Li Yue had a heart disease with episodes of loss of consciousness. But they took her to a detention house on charge of “disturbing social order” regardless.

During her detention, the police often asked Li Yue and other Christians to sing the national anthem and take turns on guard at night. Li Yue had to do that despite her illness. Once the officers found inmates talking in the cell, they would shout to stop them through the loudspeaker. Besides, they often turned the TV volume way up. This caused Li Yue to feel dizzy and light-headed. Also, her chest felt tight and she had difficulties in eating and sleeping. Meanwhile, she repeatedly asked the police to buy the medication for her illness. The police not only refused but reprimanded her harshly. As a consequence, Li Yue’s illness became more serious.

On the noon of September 26, Li Yue became very severely ill. The police saw that that she might die in the detention center and they would take the responsibility, so they notified her family. It was not until then that Li Yue was taken home. As it was after the working hours of the hospital’s outpatient department, Li Yue had to take a rest at home. However, she didn’t wake up again after she went to bed that night.

Li Yue’s death caused immeasurable harm to her family and many of her neighbors also missed her. When Li Yue’s family intended to get justice for her, they were threatened by the police on the contrary. They had nowhere to seek justice or make complaints. What’s worse, Li Yue’s husband was monitored and followed by the police.

It is frequent occurrence with sicken Christians whose illnesses deteriorated due to the police’s delay of medical service to them after their arrest or even took their life. As is shown in the 2019 International Religious Freedom Report released by the U.S Department of State on June 10, 2020, eleven CAG Christians, whose conditions deteriorated due to police’s intentional delay of treatment to them, died of medical complications during or following their detention. Among the cases, the youngest victim is Liu Jun (pseudonym), who was only 21 years old. Though the police knew that Liu Jun had kidney disease, they arrested and detained him twice, interrogated and threatened him. In his detention, his condition was increasingly severe. When his whole body was swollen and he was short of breath, he was still not released or treated, which caused his condition to deteriorate sharply. He was diagnosed with uremia accompanied by heart failure and died later.

ADHRRF also reported such cases. Zhang Yi (pseudonym) is a CAG Christian from the northeastern province of Liaoning, who suffers from multiple illnesses including diabetes and high blood pressure and has difficulty in taking care of herself in her daily life. In 2018, she was arrested due to her faith and afterward sentenced to two years in prison with a two-year probation. In her custody, she was subjected to mistreatment, forced labor, and the deprivation of medications. After the torment of one year’s imprisonment, she lost over 40 pounds in weight and has suffered serious deterioration in health.

In August 2019, four CAG Christians were arrested by the police in a rented place in Guangxi. One of them was Liu Xiaoyue (pseudonym), who had several operations including one aiming to remove renal stones before and whose health was in the process of recovering. Besides, she suffers from diabetes and has a tumor at the back of her knee. She is still in custody at a detention house. Without access to her, her family have no idea about her current situation. They are very concerned about her health, afraid that the CCP would torture and torment her.