Sirazhutdin Datsiev, the head of the Memorial office in Dagestan was hospitalized with a head injury. Russian authorities should promptly and thoroughly investigate the attack and punish those responsible.

“This cowardly attack can only be regarded as part of the ongoing harassment campaign against Memorial’s work in the North Caucasus region,” said Yulia Gorbunova, Europe and Central Asia researcher at Human Rights Watch. “The Russian government needs to provide protection and put a stop to the violent campaign against activists who risk their lives to shed light on appalling human rights abuses in the region.”

The Memorial Human Rights Center director Oleg Orlov, and the analyst for the Hot Spots Program at Memorial, Vladimir Malikhin, spoke with Datsiev after the attack. They told Human Rights Watch that Datsiev was leaving for work at about 9:30 a.m. when he noticed a car with tinted windows parked near his apartment building. He passed the car, then heard rapid footsteps behind him, and was hit on the back of the head with a heavy object, causing him to fall.

Although he did not lose consciousness, Datsiev was in shock and bleeding heavily from the head wound and did not see the assailant leave, Memorial representatives said. A witness later told Datsiev that she saw a man jump out of the car, attack Datsiev, then get back in the car and speed away. Datsiev returned home and called the police and an ambulance, which took him to a local hospital. Orlov and Malikhin said that Datsiev remained hospitalized, and that the full extent of his injuries was unclear.

Memorial representatives said that they had no doubt that the attack was directly connected to Datsiev’s professional activities. Human Rights Watch has documented a series of brazen attacks in recent months apparently directed at silencing Memorial and forcing it to end its human rights work in the North Caucasus region. The authorities have yet to effectively investigate the attacks.

On January 9, police arrested Oyub Titiev, the director of Memorial’s office in Chechnya, on trumped up drug possession charges. On January 17, masked arsonists torched the Ingushetia office of Memorial. On January 22, unidentified assailants set fire to the car of one of Memorial’s drivers. Memorial local staff have received threatening text messages. Titiev remains in custody. Human Rights Watch also has documented past cases in which Russia’s authorities used bogus drug charges in the North Caucasus to persecute critics.

“The attack on Sirazhutdin Datsiev should not become yet another act of blatant violence against rights activists in the North Caucasus that goes uninvestigated,” Gorbunova said. “Russia’s international partners should raise their concerns over this disgraceful campaign of harassment against Memorial and publicly urge the Kremlin to put an immediate stop to it.” 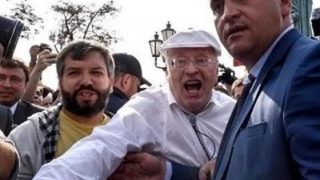 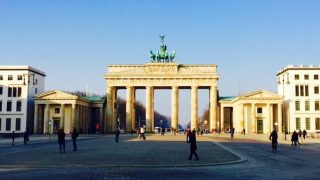