Chinese authorities in Tibet’s Lhoka Tsethang city have ordered Tibetan students not to enroll in workshops or other outside activities during their winter break from classes, according to Tibetan sources.

The order also forbids students in the large municipality southeast of the regional capital Lhasa from taking part in religious events while they are away from school, a Tibetan living in India told RFA’s Tibetan Service, citing sources in Lhoka.

“The Tibetan students are taught communist ideology in the schools, so it is feared that any exposure to different perspectives may affect and endanger the students’ impressionable minds,” Jampa said, adding, “This ban on Tibetan students’ extracurricular activities has caused problems and concerns for the local Tibetans.”

The order, which forbids participation in “outside programs and religious activities” during winter vacation, was included at the top of Lhoka-area students’ end-of-term report cards in a copy seen by RFA.

No explanation for the ban was given on the sheet.

The restriction on religious activity in particular “exposes the lie of Chinese propaganda that Tibetans enjoy freedom of religion,” Jampa said.

Further information on the ban is difficult to obtain due to Chinese authorities’ strict control of social media channels, he said.

This winter’s ban on outside enrollments in Lhoka continues a trend of restrictions reported elsewhere in Tibet last year.

In May 2018, Chinese authorities in Tibet’s Chamdo city ordered Tibetan students and their parents to avoid religious gatherings and festivals during the Buddhist holy month of Saga Dawa, threatening them with unspecified punishments if they were caught ignoring the ban.

The order, set out in a May 14 document that circulated widely on social media, stressed the need to remove Tibetan children from religious influence in order to promote “critical thinking” in their education. 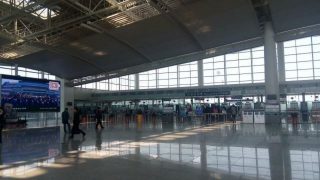 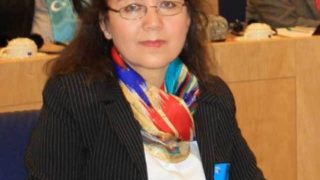 “UYGHURS ARE FORCED TO DENOUNCE THEIR FAITH TO SURVIVE” 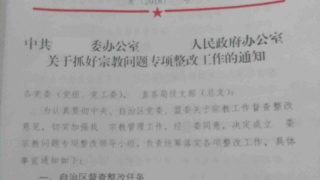 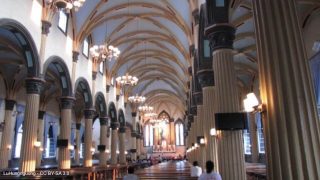