In the debate about the very soft UPR report, NGOs say they are not happy. Some insist on religious persecution.

Bitter Winter discussed the disappointing, but not unexpected, report released on March 15 by the troika consisting of Saudi Arabia, Kenya, and Hungary about human rights in China for the Universal Periodic Review. The importance of the report should, on the other hand, not be exaggerated. International media understand that the report is politically negotiated, and that, for reasons we explained, the three countries of the troika could not be expected to deliver a truly balanced document. What was more important was the discussion at the United Nations connected with China’s Universal Periodic Review, which lasted for several months and allowed dozens of countries and NGOs to file documents and call the international attention on the horrific situation of human rights in China.

The general discussion of November 7, 2018 attracted much more media attention than the report, thanks also to the public demonstration organized outside of the Palais des Nations in Geneva by several victims of Chinese persecution, including Uyghur Muslims, Tibetan Buddhists, and members of The Church of Almighty God. The report will probably be used by the CCP for domestic consumption, but the journey leading to it offered a unique opportunity for its victims to be heard.

There was, however, an opportunity for comments to the report on March 15. China Deputy Foreign Minister Le Yucheng delivered more CCP propaganda, claiming the “transformation through education” camps are in reality “campuses, not camps” and that “he had recently visited some Uighur centers in Xinjiang — and played ping pong and ate halal food there.” Bitter Winter is indeed informed that such fancy places exist – they are false camps, “Potemkin villages” where foreign visitors and reporters are taken. At any rate, Le said that the camps will be closed in the future. Only, he forgot to say when.

Norway deserves praise for standing up and calling the Chinese answer to criticism on camps in Xinjiang inadequate and disappointing. Several NGOs also criticized China in the Geneva discussion. Of particular interest was the intervention of Christine Mirre, of the ECOSOC-accredited French NGO CAP-LC (her speech is on the official Web site of the United Nations, starting from minute 1:21:08, but we also offer it as a video).

“The situation of religious liberty in China is getting worse, not better, said Ms. Mirre. A new law on religion came into effect in 2018 and makes repression of all groups outside the government-controlled religious bodies, including Protestant house churches, much harsher. Notwithstanding the agreement signed with the Holy See, Catholic priests who refuse to join the CCP-controlled Patriotic Association are still arrested. And some groups, such as Falun Gong or The Church of Almighty God, are outlawed entirely, meaning that their members are mercilessly hunted, with tens of thousands arrested, sentenced for no other reason than being active in a prohibited group, and even tortured and killed. Their persecution is justified by massive campaigns of fake news, accusing them of crimes they have never committed.”

“The extent of the CCP control of Tibetan Buddhism, added Ms. Mirre, remains intolerable, and Buddhist and Daoist statues are being destroyed all over China under various pretexts. At least one million of Uighurs and other Muslims are detained in the ‘transformation through education’ camps. While the CCP has claimed they are ‘schools,’ the magazine Bitter Winter has posted videos proving they are really jail. The international community can no longer ignore this situation.” 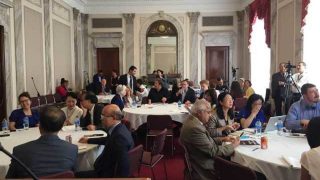 PERSECUTED AND TORTURED: CHINA VS THE CHURCH OF ALMIGHTY GOD 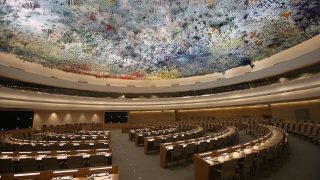 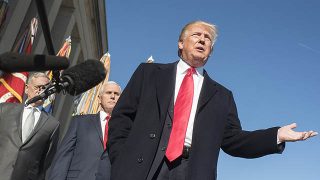 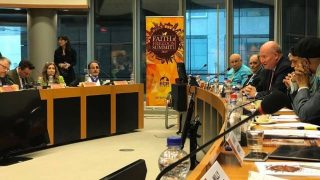