A recently issued document calls for the closure, repurposing, and strict supervision of religious venues, exerting personal responsibility on officials in charge.

Bitter Winter received a document, adopted in March by the “leading group on ethnic and religious work” of a locality in China’s central Henan Province, that calls for the increased governance of all Christian venues. It lists a variety of control measures: from taking over ad repurposing of house churches, the management of churches’ finances to preventing the already closed down churches from reopening. All actions should be accompanied by praising the “kindness of the Communist Party” and making sure that all believers follow its leadership.

The document, issued by a locality in Henan Province, calls for increased governance of Christian meeting venues.

The document foresees accountability and responsibility systems – on the county, township, and village levels – to link the implementation of religion suppression work with the performance evaluation of government personnel. To install fear and ensure full devotion to the cause, all involved officials are forced to sign personal responsibility statements.

To make sure that the program is implemented in a timely and orderly fashion, a checklist for the inspection of “increased governance” work is attached to the document. The inspecting teams should evaluate if a religious work management office was set up properly, the tasks for township and village staff have been clearly defined, and courses to understand the importance of the “reduction, elimination, closure, and demolition” of religious venues have been organized for the officials in charge.

No to the reopening of churches

For religious venues that have already been shut down, the document demands to implement the so-called “return visit system,” making sure that these places do not reopen. Files for each closed-down site should be created, and specific forms filled out.

Officials in charge are also required to submit reports about the status of closed down venues at specified intervals. The second checklist attached to the document provides a directory of information to be collected on the state of each religious venue that has been closed down, including the whereabouts of members of the congregation, the removal of religious symbols, the use of the venue building after closure, and alike. Officials are instructed to take photos before and after the venues are closed down.

The closed venues that were collectively owned by believers are instructed to be “repurposed and utilized to the greatest extent” or venue owners forced to sign donation agreements. The venues that are not converted immediately should be taken over by officials, and keys to the premises handed over to them. The whereabouts of congregation members of closed down venues should be determined to prevent them from resuming gatherings.

Religious activities of the venues that had not been closed down are restricted exclusively to be held inside the places of worship. The document states: “All visiting groups, choirs, bands, business, and industry fellowships, and other activities are strictly prohibited outside religious venues” and “the circulation of printed and promotional materials with religious overtones is prohibited.” Also, the core socialist values are demanded to be incorporated into sermons.

The key personnel of religious venues functioning without the government’s permission are ordered to be investigated, and regular believers “transformed through education.”

Songs and games to distract from religion

Various cultural activities are ordered to be organized at least once a week “to educate and guide the religious masses so that they stay close to the Party branch and far away from the church.” The document lists some of them: “Mass Activity Day,” “Happy Sunday,” “Cultural Lecture Hall,” and “Culture and Fitness Happy Every Day.”

On December 2, 2018, a “Happy Sunday” event was held across from a Three-Self church in Shuichipu township, under the jurisdiction of Shangqiu city. The voices of traditional Chinese opera singers could be heard continuously, but very few people came to watch.

According to a Christian who was at the church, members of the congregation were unable to follow the sermon due to the loud singing. Less than two hours into their gathering, local government officials entered the church under the pretext of conducting a “sanitation inspection,” so they had no choice but to end their congregation abruptly.

The believer said angrily, “Since September 16, every Sunday, the literature and art team puts on a ‘rival show’ across from the church. Each time, they put up the stage at six o’clock, start singing promptly at eight o’clock, and sing continuously until after 11 o’clock when believers finish their gathering.”

One Three-Self church believer from a county under the jurisdiction of Sanmenxia city reported that government personnel have repeatedly forced her to go to these cultural events on Sundays.

“The first time, the village committee officials were all on the public square playing ping-pong and badminton, inviting other people to join in. As the villagers played, the officials took photos of them. The officials also called a few Christians to come out and have fun,” said the believer.

The village officials demanded her to attend activities on the following Sundays, which she did not want to do. The officials said she was required to go, or else “there would be no way to explain it to the village Party secretary.”

The woman encountered more than 20 other Three-Self church believers who, like her, had been forced to attend the events every Sunday by Party functionaries. 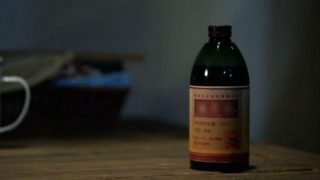 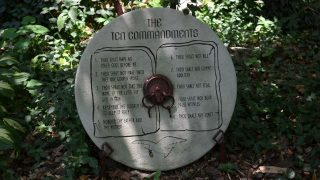 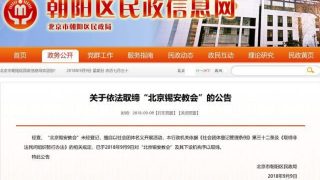 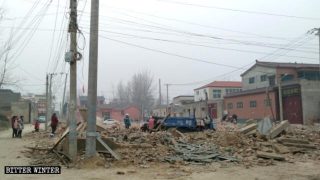