Poland could start educating children of refugees at the centers where they live rather than in public schools under a plan the government says will help all students but a newspaper said it would create educational ghettos.

Children who live in refugee centers attend local public schools but under the plan announced on the interior ministry’s website local governments could decide whether to maintain the status quo or send teachers to conduct classes in refugee centers.

The plan is consistent with policies outlined by the nationalist ruling party, Law and Justice (PiS), which has refused to accept a quota of refugees relocated from other European Union countries despite pressure from Brussels.

The party ran its 2015 election campaign partly on its opposition to accepting refugees from Muslim countries and at the time PiS head Jaroslaw Kaczynski, who has no formal role in government, said refugees could spread disease and parasites.

There are 1,450 people in Polish refugee centers and 890 are children, according to the spokesman for the Office for Foreigners, Jakub Dudziak. Most people applying for international protection in Poland are from the Russian republic of Chechnya, he said. Islam is the republic’s main religion.

“Some foreign children do not learn despite attending school because they have educational gaps compared to their Polish peer and so struggle to catch up with school material,” said the proposal.

“These factors may have a negative and demotivating effect not only on foreign children, who are reluctant to go to school, but also on Polish children,” it said.

Critics say PiS has stoked popular hostility towards foreigners for electoral reasons ahead of local elections this year and a general election next year. The ruling party has 40 percent support, according to opinion polls.

The migrant issue is just one of several over which Poland is at odds with the European Union.

The government this month introduced a bill imposing jail terms of up to three years for anyone who says Poland was complicit in Nazi crimes. The government says the bill protects national honor but it has angered Israel and the United States.

The Helsinki Foundation for Human Rights told Reuters in an email: “Separation of both groups can make integration difficult.”

The ministry said in a statement the proposal would be amended. Its aim: “is not to exclude the children of foreigners … but only to provide support during the preparatory phase of education before children enter school.”

The Dziennik Gazeta Prawna headline is “absurd and unfair”, it said. 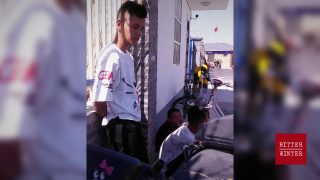