On August 2, Pope Francis declared the death penalty “always inadmissible” and promised a vigorous action by the Catholic Church to eliminate it throughout the world. At least 60% of the world’s executions every year happen in China

On August 2, 2018, the Vatican announced that Pope Francis ordered a change in the Catechism of the Catholic Church, the main normative text for Roman Catholic doctrine. The old version of Paragraph 2267, on death penalty, read that, “assuming that the guilty party’s identity and responsibility have been fully determined, the traditional teaching of the Church does not exclude recourse to the death penalty.” The new version states that “the death penalty is inadmissible because it is an attack on the inviolability and dignity of the person” and that the Catholic Church “works with determination for its abolition worldwide.”

China is responsible for more than 60% of executions that happen every year throughout the world. Although the number of those executed is kept secret, NGOs estimate it is in the order of several thousand. It is true that the number of capital offenses was reduced in 2011 and 2015, but the Chinese Criminal Code still includes the death penalty in connection with a great number of crimes, including tax evasion and graft (when important amounts of money are involved).

Those more enthusiastic about the dialogue with China in the Vatican of course cannot approve the Chinese restrictions of religious liberty, but find much to praise in the Chinese social system. In 2018, Bishop Marcelo Sánchez Sorondo, Chancellor of the Vatican Academy of Sciences, visited Beijing and raised eyebrows by stating that China  was “the best implementer of the social doctrine of the [Catholic] Church.”

We may wonder whether the amendment to the Catechism will be translated into Chinese, and how the Chinese Catholics would “work with determination,” as prescribed by the Pope, to criticize the country that holds the current world record for the number of executions. 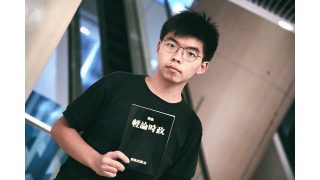