As migration patterns from Africa into Europe shift westward, European leaders are turning their attention, and their money, toward efforts to stem the fast-growing human traffic between Morocco and Spain.

Much of that money will go to stepped up border security, according to Morocco’s chief government spokesman, Mustapha El Khalifi. About $50 million will be spent to secure the sea routes to Spain and the extensive desert borders with Algeria and Mauritania

Morocco says it already has 13,000 security personnel deployed to deal with the growing flow of migrants seeking to reach Spain.

Units of riot police are permanently encamped along the borders with Ceuta and Melilla – two Spanish enclaves on Morocco’s Mediterranean coast – while the navy operates guard posts along the beaches and patrols the coast to intercept immigrant-laden boats making the dash to Spain.

The pressure on Spanish borders results from the relative success of efforts to slow the flow of migrants from Libya and other countries further to the east. That has diverted the flow of migrants toward northwestern Africa, where the number of migrants crossing the Strait of Gibraltar has tripled in the past year.

About 55,000 Africans, mainly from sub-Saharan countries but increasingly including Moroccans, have tried to cross to Spain during the past year, according to the Moroccan government. Most originated from Syria, Yemen, Ivory Coast, Guinea, Central African Republic and Congo.

The Spanish government says 43,000 immigrants have crossed from Morocco this year, twice as many as in all of 2017. Several thousand more have broken through the border fences around Ceuta and Melilla to reach Spanish soil.

“It’s necessary to be closely vigilant with the evolving situation in the western Mediterranean and in that context reinforce cooperation with Morocco,” said the president of the European Council, Donald Tusk.

The president of European Commission, Jean Claude Junker, said he will visit Morocco in February. His approval of the new aid package followed a meeting of EU heads of state last week in which Spain’s Prime Minister Pedro Sanchez described the need as “urgent,” according to Spanish foreign ministry officials.

A summit between EU and North African security ministers is also planned for Rabat at the end of this year.

The aid package represents a major increase in EU funding to the North African kingdom, according to EU officials.

Moroccan government officials have expressed “satisfaction” with the offer, although some analysts in Rabat say that the amount is below what is needed in view of the country’s growing role as a migrant springboard to Europe.

A Moroccan foreign ministry official who spoke on condition he not be identified said his government agreed to the amount on condition the funds be released immediately. Morocco says it has legalized the status of 50,000 migrants transiting the country during the past five years.

Mohammed Ali, a town councilor who deals with immigration issues in the city of Kasser-al-Khabir, says the EU has long been promising increased aid to Morocco and has used funds earmarked for educational and development programs as well as other subsidies to pressure the authorities to cooperate on migration.

Half of the EU funds going to Morocco will be channeled through the Vienna-based International Center for the Development of Migration Policies and other public foundations administering a variety of humanitarian projects.

They include efforts to assimilate sub-Saharan migrants into the societies of transit countries, according to Rashid Jellouli, who administers one such program called Return to Better Opportunities.

The remaining $80 million is being injected directly into the Moroccan government’s budget for 2019, according to Spanish diplomatic officials who have played in key role in negotiating the aid package.

It’s still much below the annual $304 million which the EU has given Libya, launching point for tens of thousands of migrants bound for Italy every year. But it’s a considerable increase from the estimated $17 million to $22 million Morocco received from the EU last year when migration routes began shifting toward northwestern Africa.

Some Moroccans view the aid with skepticism. “It’s supposed to create jobs and opportunities in Morocco to discourage migration, but much of it goes into the pockets of bureaucrats,” said one lawyer in Tangier, who spoke on condition he not be identified. 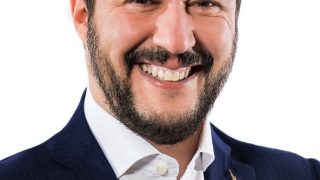 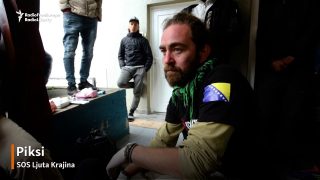 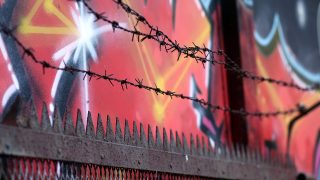