No one is sure about how many migrant children are living in Spain without their parents — and that’s part of the problem.

Three months ago, Spanish officials estimated there were 10,000 unaccompanied minors living in the country — 70 percent of them Moroccan. But more than 11,000 migrant children were recorded having arrived in Spain in 2018 alone, and previous migrant influxes had already swept in at least 4,000, say civil-society groups.

“The registry of unaccompanied minors is not working properly,” says the non-profit Fundacion Raices, which promotes the rights of migrant children. Not knowing the actual numbers is “very worrying, because it speaks of the mismanagement that prevails in our country in the protection policies of minors,” the non-profit has warned.

The plight of child migrants in Spain is being highlighted once again, this time in the run-up to a possible snap election later this year that Prime Minister Pedro Sanchez, who leads a fragile minority government, may decide to call. Populist right wing parties are following the playbook of their counterparts in neighboring Italy and have focused on migrants as a possible vote-winning issue in pre-election campaigning.

Last month, Vox became the first far-right party in four-decades to win seats in a regional assembly in Spain, partly on the back of its call for illegal immigrants to be repatriated and for walls to built around Ceuta and Melilla, two Spanish enclaves in North Africa, to stop illegal migrants who have been climbing over the border fences.

The leader of Spain’s conservative opposition Popular party, led by Pablo Casado, is hardening its anti-immigrant rhetoric, prompting Sanchez to accuse it of fueling “the politics of fear.”

And there’s plenty of fear and frustration to go around. In Barcelona, locals cite lawlessness as their biggest headache, ahead of affordable housing or the intractable Catalan independence issue. With petty theft, violent robberies and burglaries all increasing as well begging and illegal street selling, many neighborhood associations in the Catalan capital blame asylum-seekers — among them migrant children.

Thousands of unaccompanied children in Spain are housed in overcrowded migrant centers and hundreds are living in squalid and dangerous conditions on the streets as potential prey for sexual exploitation.

Last month, police in Barcelona — as they do in some other Spanish cities — periodically clear the youngsters off the streets, taking them to already strained centers, which aren’t allowed under the law to detain them, if they want to leave, as many do.

For civil-society groups the primary concern shouldn’t be about crime when it comes to minors, but about their safety and well-being. With Spain now the main gateway into Europe for irregular immigration from Africa, surpassing Italy, Greece, Cyprus and Malta, the problem of what to do with migrant children is only going to get sharper, they warn.

Under Spanish law migrant children cannot be sent back to their country against their will, if their families can’t be tracked down. When they reach 18,they are entitled to Spanish nationality, if they have been in a center for atleast two years.

Last year, the Spanish government prompted an outcry from rights groups when it started negotiating with the Moroccan government an arrangement to repatriate Moroccan children and explored possible agreements with Algeria and other African states. Many migrant children, rights groups say, flee their countries of origin because of poverty, family and social violence and terrorism.

Last month, the U.N.’s child agency highlighted the story of Sabba, a 17-year-old girl who fled her native Morocco to escape abuse. She decided at the age of 14 to get married to a 27-year-old because her farther was violent.

“At first it was good, before we got married, then my husband began to treat me badly, he would ask me for disgusting things that I did not want to do, and he would force me. It was worse than when I lived with my parents,” she says in an interview released by UNICEF.

Non-governmental organizations say aside from the issue of whether children should be returned or not to their native countries — the system for handling and protecting them in Spain is chaotic. Children are transferred haphazardly from center to center without proper planning and “overlooking the best interests of the children,” says Fundacion Raices. The NGO has demanded the assignment of independent legal guardians for migrant children to protect their legal rights.

Last year, hundreds of migrant children were moved from the southern region of Andalusia, where most migrants arrive, to Barcelona and other northern cities with little advance notice.

With reception centers packed, the Mossos d’Esquadra, the Catalan police force, was forced to shelter temporarily as many as they could, turning police stations into makeshift dormitories. Many kids, though, were turned away. In a statement, the Catalan police union complained that officers had in effect been “blackmailed” into accommodating the minors. 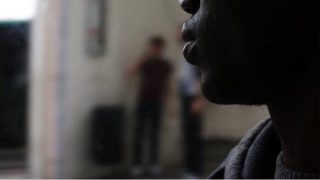 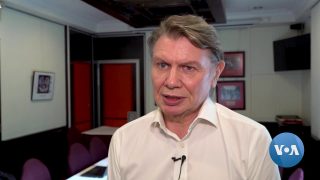 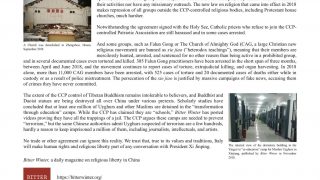