Attacks and hate speech against Venezuelans seeking shelter in neighbouring countries should be condemned “with a clear and forceful message of rejection” and solidarity, a top UN refugee agency (UNHCR) and UN migration agency (IOM) official said in a statement on Monday.

Eduardo Stein, Joint UNHCR-IOM Special Representative for Venezuelan refugees and migrants, made his comments after the UN Security Council met at the weekend to discuss the situation in the country, where opposition leader Juan Guaidó declared himself President on 23 January.

“Although isolated and unrepresentative, these acts of hatred, intolerance and xenophobia are extremely worrying,” Mr. Stein said, in his appeal to “several” unnamed countries.

“Racism, misogyny and xenophobia have no place in our countries and must be firmly condemned,” the UNHCR/IOM official added, his statement following a warning in November that the reception capacity of Venezuela’s neighbours was becoming severely strained.

“The media and users of social networks…must report the facts in a responsible manner, without inciting xenophobic attitudes and actions and must also condemn all physical or verbal attacks against refugees, migrants and other foreign persons, when they occur,” said Mr. Stein, a former Guatemalan Vice-President.

According to UNHCR and IOM, thousands of people continue to leave Venezuela every day, amid an ongoing humanitarian crisis linked to an economy in freefall and continuing political upheaval.

More than three million Venezuelans have left their country since 2015, with 2.4 million in neighbouring or nearby countries. Most are in Colombia, which houses well over one million who have fled their homes.

In addition to South American countries, countries in Central America and the Caribbean also recorded increasing arrivals of refugees and migrants from Venezuela. Panama, for example, hosts at least 94,000 Venezuelans.

In response to South America’s biggest exodus in its history, UNHCR and IOM announced the creation of a regional initiative in May 2018 to support governments as they sought to aid refugees and migrants from Venezuela.

This Regional Platform is open to organisations that have the capacity to respond to the needs of Venezuelan refugees and migrants; it has more than 30 member-organizations, including UN agencies, non-governmental organizations and two Red Cross movements.

Mr. Stein was appointed in September last year. His mission is to promote the dialogue and consensus necessary for the humanitarian response, including access to territory, refugee protection, legal stay arrangements and the identification of solutions for Venezuelan swelling ranks of refugees and migrants.

“Only through dialogue, solidarity, justice, coexistence and respect for diversity can we solve the multiple challenges that confront our region,” he said. “Given the current humanitarian and political challenges, Latin America must remain faithful to its tradition of solidarity.” 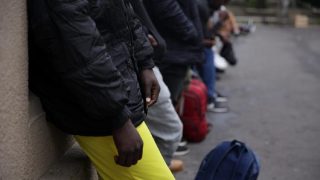 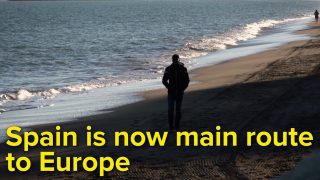