Throughout the northern province of Hebei, local authorities continue crackdowns on Buddhist venues, not even sparing protected cultural heritage.

On September 28, the Liangji town government in Wuqiao county, administered by Hebei’s prefecture-level city of Cangzhou, demolished the Shuyuan Temple as “an unlicensed and illegal building.” Originally built in the Ming dynasty (1368-1662), the temple was destroyed during the Cultural Revolution and was rebuilt in 2016 at the cost of 14 million RMB (about $ 2.08 million) donated by congregation members.

According to an eyewitness, over 60 police officers and local officials came to the temple and blocked all intersections leading to it. An aerial drone was also used to surveil the area. Four villagers stepped forward to protect the temple but were forcibly dragged away. 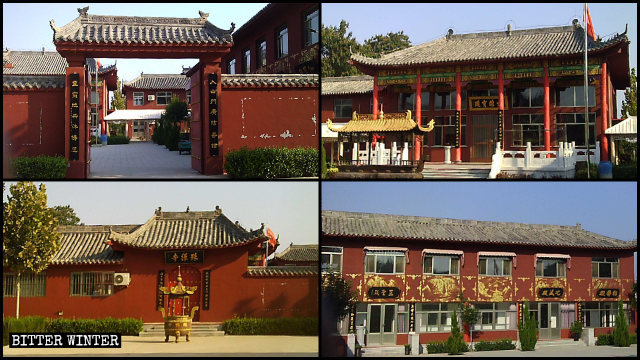 “Who can stop the demolition ordered by the government?” the eyewitness continued.  “Anyone resisting would have been taken away in one of the police cars. We have no way out; we must do whatever the Communist Party and Xi Jinping require.”

According to a local Buddhist, the temple manager repeatedly negotiated with authorities last year, attempting to save the temple. They finally agreed to convert it into a nursing home and a youth club. The plan didn’t last long. Last November, local officials gave orders to demolish the temple, but because a protesting believer was injured, the plans were canceled. This September, the second demolition order was issued.

“The government would rather leave the land covered with weeds than allow a temple,” a worker who took part in the demolition commented.

Between April and May, the Qingliang Temple in Xin’an town in the Feixiang district of Hebei’s Handan city and the Daming Temple in Handan’s Yongnian district were shut down because the local government deemed it “unlicensed.” The temple’s master, who has lived there for 16 years, was driven out, and the temple was emptied.

“The Communist Party can label any temple as “illegal” as it pleases, and nobody will dare to challenge them,” a Xin’an town Buddhist said with anger.

Even temples with all necessary certificates or those protected as historical or architectural landmarks are not spared demolition.

A temple in Handan that spans a century-long history was demolished on the evening of June 28. The original temple was destroyed during the Cultural Revolution but was rebuilt and was listed as a county-level protected cultural heritage in 2001. After the temple manager received a demolition order in mid-June, he took the certificate, proving that the temple is a protected building, to relevant government institutions. To his great surprise, he was told that “the certificate was useless” and that “people must believe in the Communist Party, not religions.”

“The Communist Party can do what it pleases, and no certificate can protect us,” the temple manager said helplessly. 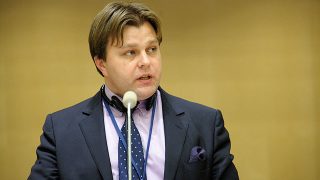 Mantas Adomėnas: Why Parliamentarians in the World Unite Against the CCP 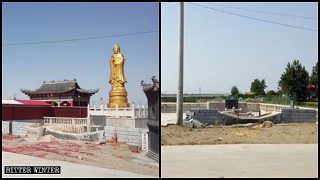 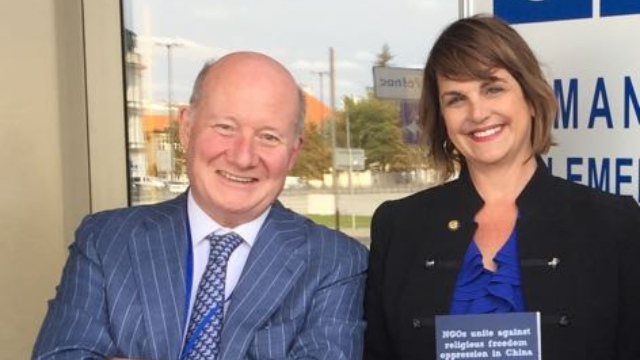