The government is arbitrarily detaining three Beijing-based activists, who operated a webpage to collect censored Covid-19 articles and social media posts, and citizen journalists Chen Qiushi and Fang Bin, who were forcibly disappeared in Wuhan in February 2020 for reporting independently on the pandemic.

“While Beijing is ramping up its global propaganda extolling its ‘success’ in containing Covid-19, it is also forcibly disappearing those independently reporting on the pandemic,” said Yaqiu Wang, China researcher at Human Rights Watch. “So much about the coronavirus in China will never become known because the Chinese government has muzzled those trying to share critical information.”

On April 19, the Beijing police detained Chen Mei, Cai Wei, and Cai’s partner, a woman surnamed Tang. Authorities accused Cai and Tang of “picking quarrels and provoking trouble” and placed them under “residential surveillance in a designated location,” a form of enforced disappearance in which police can hold individuals in undisclosed locations for up to six months. Chen’s whereabouts or condition are unclear.

Cai Wei and Chen Mei, 27, are volunteers for Terminus 2049, a crowd-sourced project that archives materials published on Chinese media outlets and social media platforms that have been removed by censors. Since the Covid-19 outbreak, Cai and Chen posted news articles, interviews, and personal accounts related to the coronavirus. Access to Terminus 2049’s page appeared to have been blocked in mainland China after the three were detained.

Terminus 2049 is hosted on Github, the world’s largest open-source code sharing and publishing site. Github in recent years has become a space where Chinese netizens publish and preserve information that is prohibited on the Chinese internet, as it is not blocked by China’s Great Firewall. There are other archives on Github that gather censored coronavirus-related information. The Chinese government briefly blocked Github in 2013, and the site suffered cyberattacks in 2015 that later were traced back to the Chinese state telecom giant China Unicom.

Cai and Chen have been active in volunteer groups providing social services, and were members of Liren, a group that provided summer camps and libraries for rural youth. Authorities shut down Liren in 2014, and detained its founder, Li Yingqiang, for eight months in 2019.

On February 7, authorities in Wuhan, where Covid-19 was first identified, took into custody lawyer and citizen journalist Chen Qiushi. Chen, 34, had gone to the city to report on the coronavirus situation. Fang Bin, a 47-year-old Wuhan businessman who had been posting videos filming city hospitals, was taken into custody by authorities two days later. The two have not been heard from since and are considered to be forcibly disappeared. Li Zehua, 25, another citizen journalist who had gone to report in Wuhan, reemerged in April after going missing for almost two months. Li said he had been taken by the police to be “quarantined.” Under international human rights law, a forced disappearance occurs when government officials take a person into custody and the state refuses to acknowledge the person’s fate or whereabouts, placing them outside the protection of the law.

“The lack of free flow of information about Covid-19 in China has contributed to a global pandemic,” Wang said. “Governments around the world should press Beijing to release the wrongfully detained activists and citizen journalists immediately.” 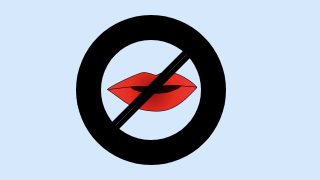 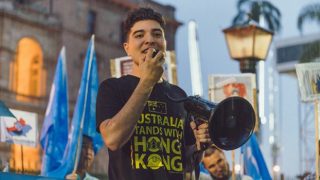