Online Jokes Are No Laughing Matter in Russia

Russian authorities have registered 762 “extremist crimes” so far this year, many of them consisting of social media posts. In some cases, the authorities make little effort to conceal that they are using the country’s broad and vague anti-extremism legislation to silence free expression.

One case is that of Daniil Markin, a 19-year-old film student from Barnaul, the main city in Russia’s Altai region. He is standing trial for saving several memes mocking Christianity in an album on the social media platform VKontake (VK). One morning in July last year, anti-extremism police came to Markin’s apartment with a search warrant, seized his electronic devices, and took him in for interrogation. One of the interrogators opened Markin’s VK page and showed him some of the memes he had saved to a public album. “My advice for you is to come clean,” the official said. “We will release you and you’ll get off lightly.”

They made Markin go through almost 1500 saved pictures and make screenshots of ten memes lampooning Christianity, including an image of the Game of Thrones actor Jon Snow portrayed as Jesus Christ with a caption “Jon Snow is risen! Truly he is risen!” (a parody of the Christian Orthodox Easter refrain), and another showing a stick figure with a halo with a line crossed through it and the caption “There Is No God”. Urged by the investigator, Markin signed a confession to saving the memes.

Russia’s Federal Financial Monitoring Service – supposedly designed to curb money laundering and terrorist financing – then placed Markin on its watchlist and banned him from using his bank accounts.

This July, after nearly a year, the case against him – on charges of “inciting hatred against a religious group” – moved to trial. “I confessed to having saved those [memes], but I didn’t mean to offend anyone,” Markin, who is facing up to five years in prison, told me. A judgement is expected this autumn. Meanwhile, authorities in Altai region have been busy building similar cases against at least three other “online offenders.”

Not everyone in government agrees with this crackdown; the Ministry of Communications recently supported a proposed law change to eliminate criminal liability for reposting content online. But with arrests on the rise, it’s clear free speech online is under threat. 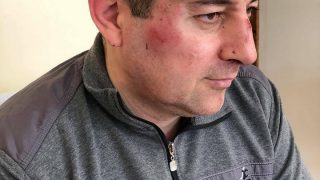 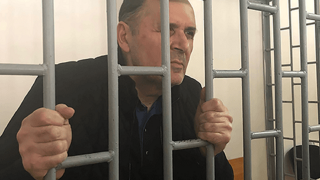