An education program aimed at giving asylum seekers and refugees in Hungary a new start is the first casualty of the government’s most recent anti-immigrant measures.

This week, the Central European University (CEU) suspended its award-winning Open Learning Initiative (OLIve) program for asylum seekers and refugees, just days after a 25 percent tax on any activity supporting immigration kicked in.

The program offered a free, academic, non-degree course of study for asylum seekers and refugees, supporting them in connecting their previous professional and academic experience to their new lives in Europe, including the possibility of subsequent higher education studies.

This is the first impact of the special tax, which comes on the heels of recent legislation that criminalizes aid and support to migrants and asylum seekers. A 2017 law imposed onerous requirements on some independent universities in Hungary, including CEU. Together, these moves threaten academic freedom and the work of nongovernmental organizations that receive funds for assistance programs for asylum seekers, migrants, and refugees in Hungary.

CEU said it had suspended the OLIve program pending clarification from authorities on its liability under the special tax provision, which may have been intentionally drafted in vague terms to have a chilling effect on academic institutions, donors, and local organizations. Exactly what activities are subject to the tax is so unclear that just about any statement, seminars, flyer – or even this piece of writing – could potentially be covered. Once again, the government has been able to rely on broad and vaguely-worded legislation to curtail legitimate activities that run contrary to its xenophobic anti-migration policies, without having to actively enforce the law.

Unless EU institutions make it clear to the Hungarian government that taxing and criminalizing work with asylum seekers, migrants, and refugees is unacceptable and an affront to EU laws and values, we may see more valuable programs and projects fold. 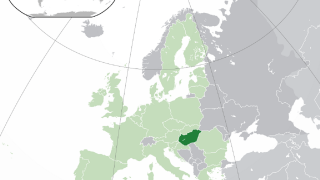