A session of the Parliament of the World’s Religions focused on religion-based Chinese refugees and introduced The Hoax, a movie about China’s attempt to harass the asylum seekers of The Church of Almighty God in South Korea.

The Parliament of the World’s Religions is the largest global inter-religious gathering. Thousands congregate every three years in a different city of the world, renewing a tradition inaugurated in Chicago in 1893.

Professor Massimo Introvigne, editor-in-chief of Bitter Winter, introduced the argument and explained that the arguments used by the Chinese Communist Party (CCP) to justify the persecution are actually fake news. He referred in particular to the homicide of a woman in a McDonald’s diner in Zhaoyuan, Shandong, in 2014. The CCP attributed to the crime to The Church of Almighty God, but scholarly studies proved it was in fact committed by a different religious movement. Introvigne included among the fake news also the often repeated claims that The Church of Almighty God is “against the family.” In fact, he explained, the Church’s theology supports the family and many members are converted by their close relatives.

Rosita Šorytė, president of the International Observatory of Religious Liberty of Refugees, presented the situation of the asylum seekers of The Church of Almighty God in different countries. She attracted the attention on the dramatic situation in South Korea and Japan, where, respectively, 979 and 266 requests for asylum were filed by members of The Church of Almighty God and not even one was accepted. She noted that in Canada and New Zealand, by contrast, most applications are accepted, and there are encouraging favorable decisions in several other countries, although the situation of the refugees remains difficult. Ms Šorytė identified the cause of these difficulties in Chinese political pressures, restrictive interpretations of the international conventions of refugees, and misunderstandings or inaccurate information about The Church of Almighty God. She also noted that international conferences, scholarly studies, and the efforts of some NGOs have improved the situation of the refugees in several countries.

A key moment in the event was the unveiling of the movie The Hoax, the first movie produced by Bitter Winter. Directed by Massimo Introvigne, the movie introduces The Church of Almighty God and its persecution in China, and tells the story how the CCP, with the help of Christian anti-cultists, did not leave alone the refugees even after they arrived in Korea and organized false “spontaneous” street demonstrations against them. The truth about these incidents, carefully planned by the CCP several weeks in advance, is revealed in the movie.

An audience from all continents gathered to hear the presentations. A female member from The Church of Almighty God’s Canadian community, and Eric Roux, president of the European Interreligious Forum for Religious Freedom, also offered their testimonies.

Watch the trailer of “The Hoax”: 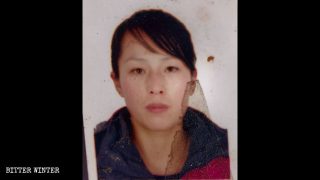 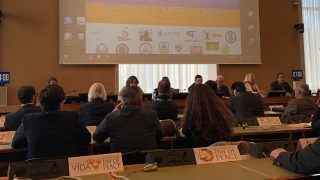