In a “sinicization” move bordering on farce, authorities force a church to delete one commandment from the fundamental law of Judaism and Christianity.

Authorities in Henan Province’s Luoning county ordered a government-approved Three-Self church to remove one commandment from the venerable Decalogue or Ten Commandments, thus transforming it into the “Nine Commandments.”

According to members of the church, on November 1, about 30 officials from the central “patrol inspection team” for religious supervision and from the Luoyang city and Luoning county United Front Work Department, arrived at the church in Dongcun village to conduct an inspection. An official inspected the church thoroughly, stopped in front of the pulpit, and pointed to one of the Ten Commandments displayed on the wall. “This must be removed,” he said. After saying that, the government officials immediately wiped off the Commandment.

The Commandment states, “You shall have no other gods before me.”

In the Bible, the Ten Commandments are the first important laws that God, through Moses, introduced to the Jewish nation. They formed the core of the Law of Moses (also known as Mosaic Law), which became the holy law of the Jewish people from ancient times until today. They also formed the basis of Christian morality and were the inspiration for the original legal codes in many Christian nations.

The church’s leader and believers strongly opposed the removal of one of the commandments from the central law of God. One believer said, “This isn’t appropriate. They’re falsifying the words of God! It’s resisting the Lord!”

An official of the “patrol inspection team” chided them. “Xi Jinping opposes this statement. Who dares not to cooperate? If anyone doesn’t agree, they are fighting against the country.” The official also warned the believers, “This is a national policy. You should have a clear understanding of the situation. Don’t go against the government.”

Believers took down the Ten Commandments sign that day, under pressure from the authorities. Later, personnel from the county’s United Front Work Department took a photo of it and reported the incident to their superiors.

This attempt to control and change the faith of the state-approved church is only the latest example of an ongoing war against faithful Christianity under the banner of “sinicization”.

One church member recalled, “Back in August, the church’s cross was forcibly dismantled by the government. Now, the Ten Commandments have been converted into the ‘Nine Commandments.’ In China, practicing your faith is difficult.” Another complained, “They are trying to corrupt our faith and make us betray God.”

As the authorities have promoted the “Sinicization of Christianity,” Christians in China are being subjected to increasingly severe attacks and control. The pure Christian doctrine is also gradually being “eroded.” As Bitter Winter has previously reported, the state has banned sales of the Bible, has introduced a new version of the Bible revised by the Chinese Communist Party (CCP), and have required that “core socialist values” be taught as doctrine in all churches. These actions, all taken since the beginning of 2018, are undermining the traditional faith and doctrine of Christianity.

Voice of America has reported that in recent years, CCP leaders made it increasingly clear that all religious creeds must be subordinate to that of the CCP’s. In other words, religious citizens must first worship the Communist Party—only then can they worship their God. 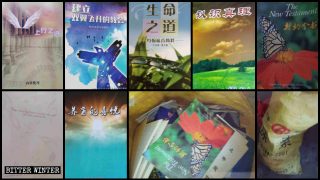 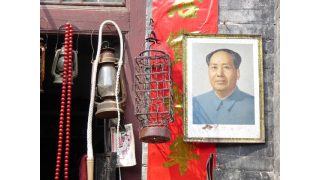