Authorities are conducting training, with an emphasis on anti-infiltration, demanding that church leaders “free themselves of the fetters of Western theology.”

On March 11, 2019, Xu Xiaohong, chairman of the National Committee of the Three-Self Patriotic Movement of the Protestant Churches in China, said at a meeting that churches in China must bear the name Zhong [“China”] and not Xi [“the West”]. He also said the symbols of foreign religions must be removed, and he criticized Western anti-China forces for using Christianity to affect social stability in China and even to subvert the regime.

The authorities have also vigorously promoted this notion in their training of pastoral staff.

According to the training materials, the authorities assert that “domestic and foreign hostile forces are trying to turn religious figures and masses into a force that opposes the Party and the government” and that “this is a major political struggle.” The authorities also claim that foreign forces are using various methods to support house churches and. “The United States is the source, South Korea is the vanguard, and Hong Kong is the bridgehead.” The authorities claim that Western countries using Christianity for infiltration “to create political pluralism.”

The training materials also mention that the authorities believe online religious activities are the main route of foreign infiltration and that measures must be taken to bring this under control.

The authorities particularly emphasized that in order to de-Westernize, “Christians in China must free themselves of the fetters of Western theology” and conform to China’s cultural history.

According to one Three-Self church preacher who receives this training, a lot of “sinicized” and “secularized” content is incorporated into the training, including Chinese history, social economics, church management and how to combine the Bible with Confucian doctrine.

Another pastor who receives training at Olive Hill Seminary in Harbin city, the capital of northeast China’s Heilongjiang Province, told Bitter Winter that the government arranged for them to visit the Confucius Temple, the Martyrs’ Memorial Garden, and the Museum of History, and demanded that they watch one “red movie” (i.e., patriotic movie) every month.

“There is a lot of pressure on us when giving sermons now. If we don’t say the right thing, personnel from the State Security Bureau can say we’re anti-government,” the pastor said. “All sermon topics must be submitted to the Religious Affairs Bureau for review. If it isn’t approved, the sermon cannot be given. Chinese culture must be incorporated into the sermon as per the government’s requirements. At Three-Self churches, this is how we have to talk about the Bible, because there are CCP spies in the churches. As soon as they discover that the sermon’s content is not in line with national requirements, we will be severely punished. We might have our pastoral duties revoked for life, so that we cannot serve as pastors at any church.”

Another Three-Self church pastor who is receiving training said the government is demanding that Chinese elements be integrated in every respect – “from hymns to clothing to church architecture. If you don’t follow the government’s regulations, they will punish you.”

He added that as Christians, everyone knows that kowtowing, burning incense and making offerings are all acts of worshipping false gods and offending the true God. But now, the CCP doesn’t allow pastors to preach according to the Bible. Instead, they have to follow Chinese etiquette and say that these idolatrous acts are a way to commemorate the deceased.

“By doing this, the government is actually distorting the Bible, [saying that] it would be best to follow world trends and behave like secular people. Some big churches in Harbin have started giving sermons in this manner now,” the pastor said. 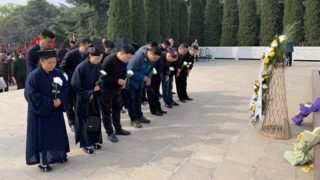 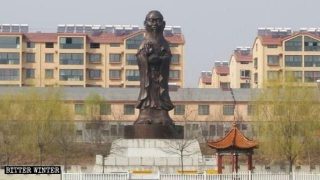 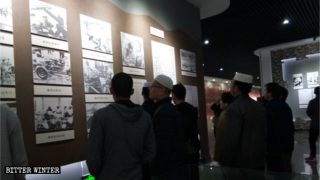