The Chinese government has been persecuting the House of Bethel church in Fuzhou city since its opening 13 years ago. 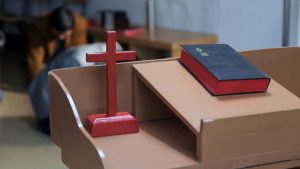 If at first you don’t succeed, try, try again.

That appears to be the attitude the Chinese Communist Party (CCP) took against the church, House of Bethel, in Fuzhou city, in China’s southeastern Fujian Province. In the 13 years the church of 100 believers has been open, it has been persecuted repeatedly.

In May 2018, officers from the local police station came to inspect the church on the grounds that it was “causing a disturbance to the public.” The police claimed the meeting venue didn’t have a religious activity venue registration certificate and ordered them to join the government-sanctioned Three-Self Church, or else be ordered to cease gathering altogether. The police also threatened them, saying all the Bibles and hymnbooks be removed or else tossed out by the authorities.

“The police said we were disturbing the public, but that’s actually an excuse,” one co-worker at the church said. “There are several processing factories adjacent to us, and they are even louder, but the government doesn’t intervene.”

Since the believers were unable to find a meeting venue at that time, they had no choice but to continue their gatherings there with great caution. To prevent police raids, after each gathering ended, they hid all the Bibles and hymnbooks. Soon afterward, personnel from the local fire department came to the church to conduct an inspection and sought to shut down the church on the grounds that “fire control measures were inadequate.”

Even though the church made improvements according to the fire department’s requirements, the persecution continued.

Shortly after that, personnel from the local police station and State Security Bureau arrived at the meeting venue. The police officers ripped off the crosses from the podium and the offering box and took photos throughout the church. Afterward, the police ordered the landlord to terminate the rental contract with the church and confiscated the landlord’s ID card. The landlord was afraid of getting in trouble and asked the person in charge of the church to hurry and resolve the matter.

“In more than six months, they [the government officials] came time and time again, continuously harassing us and not letting us hold gatherings, persecuting us to the point that we were forced to leave,” said one of the church’s preachers. “We don’t know where we will rent a place in the future, but we need to find someplace more secluded. Otherwise, our gathering venue will be shut down again.”

Since the church was founded, in 2006, it has continually had to find new congregation places to rent.

“We suffered our biggest losses this time. Initially, the venue we rented was unfurnished. We spent more than 300,000 RMB (about $44,655) on furnishing and decorations alone,” one elderly believer said. “We never expected that it would be shut down after less than two years. Over the past 10-plus years, we have been forced to relocate time after time. We’re afraid of having to move again. It’s too hard!”

The church wasn’t the only focal point: Back in October 2018, the church’s meeting venue for Christian university students, located near Fuzhou University District, was also raided and shut. More than a dozen police officers from the local police station stormed into the meeting venue, where 60 to 70 university students were holding a gathering, and began taking photographs of the students one by one and registering the information of each.

“If you continue believing in God and holding gatherings, you won’t be allowed to graduate, nor will you be able to find a job!” one police officer threatened the students. The police also confiscated the ID cards of the two Christians who were in charge and took them to the police station for interrogation. They were warned not to organize gatherings for university students again.

In addition to the closures of the church’s gathering venues, the church’s out-of-town preachers seeking to shepherd and support the believers have also been suppressed: Their personal ID information has been blacklisted, and they are monitored and restricted from going out of town to preach. “They are even questioned and restricted when buying bus or train tickets. They cannot leave their hometown at all,” one of the church workers said. “Some preachers are civil servants, so the police coerce them by threatening to dismiss them from their jobs. All of these preachers are under extremely tight surveillance by the local police; there is no way they can come out to preach.”

As the church worker forthrightly put it: President Xi Jinping is following in the steps of Mao Zedong, demanding that everyone worship him over God. “The ultimate goal is to eliminate all faith,” he said. 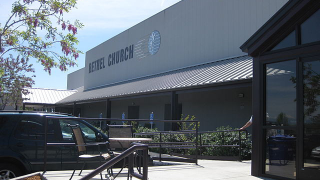 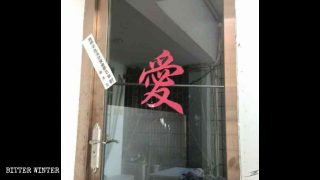