The CCP has a new mission: eliminating house churches nationwide within the next two years. In the meantime, it’s upping the ante, forcibly shutting down churches and targeting them even in cyberspace.

Bitter Winter has learned that police in different provinces tell openly believers that the CCP plans to eliminate all independent house churches that are not part of the government-controlled Three Self Church within the next two years.

On June 23, a house church in Zouping city in the eastern province of Shandong was raided by the police. The church was looted and its director was arrested for arguing with the police.

At 6:30 a.m., about 40 to 50 personnel, including police officers and the director of the United Front Work Department in the city, arrived at the church’s meeting venue. The police taped off the area to keep the believers from entering the premises, saying the gatherings there were illegal. According to onlookers who talked to Bitter Winter, that day, plainclothes officers were assigned to lurk around the church and wait for an opportunity to disperse believers.

On April 4, a house church with 200 believers located in the Cyberport area of Wuhan city’s Jiang’an district, in the central province of Hubei, was sealed off by Jiang’an district’s Ethnic and Religious Affairs Bureau, which had issued a notice of closure to the church the day before. More than 100 Bibles and religious books were confiscated. Two other house church meeting venues were also shut down in the district on the same day. And more: the church’s co-workers were driven away for distributing gospel leaflets, and one was taken to the police station for interrogation. On April 29, the church’s preacher led a group of more than a dozen believers who had lost their meeting venue to a leisure field to sing hymn—he was taken away by the police for “deluding the masses.”

During the interrogation, the police threatened him, saying, “The best way to deal with people like you is to smack you with a brick! You will have to lie in bed for the rest of your life; you won’t be able to move, nor will you die. We’ll make it so that you would rather be dead than alive.”

Facing suppression and restrictions in every respect, believers had no choice but to disperse or go to distant suburbs to continue holding their gatherings.

Also in April, the Home of Christ Church (基督家園教會) in Yuncheng city in the northern province of Shanxi was forcibly shut down for refusing to join the government-sanctioned Three-Self Church.

On April 25, eight personnel from the Ethnic and Religious Affairs Bureau used a machine to cut up and remove the church’s signboard. Four days later, they secretly replaced the lock of the entrance to the church and ordered the landlord not to host any more gatherings of believers—or else. 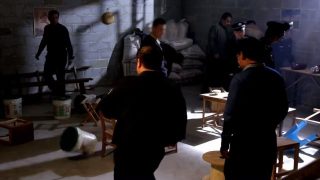 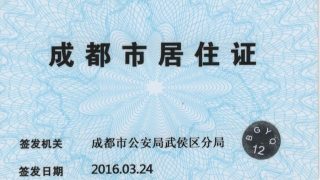 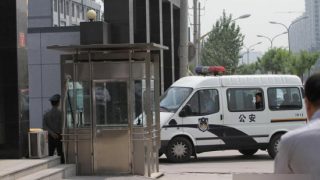