A recent article by a senior Chinese diplomat that says Tibetans enjoy religious freedom and a happy life under Beijing’s rule is misleading and untrue, and distorts historical facts to support a false claim that Tibet has always been a part of China, Tibet’s India-based exile government said on Monday.

The Yuan dynasty was a Mongol dynasty, however, not Chinese, says Tsewang Gyalpo Arya, Information Secretary for Tibet’s exile Central Tibetan Administration. And China itself was ruled by the Mongols at the time as a conquered territory and was not the dynasty’s founder, Arya says.

“Therefore, it is preposterous on the part of China to claim Tibet because of the Mongol conquest. On that ground, Mongolia has a far better reason to claim Tibet and China,” Arya says, adding that the later Qing dynasty was a Manchu dynasty, and also not Chinese.

Nor was Buddhism introduced into Tibet from China, as Ambassador Sun says, Arya adds, writing, “Tibetan Buddhism has its source in India, not China.”

Though Sun repeats official Chinese assertions of religious freedom in Tibet, “[Communist] party members and Tibetans working in the government offices are not allowed to visit Monasteries and Temples,” Arya says, adding that access to these places by children, too, is heavily restricted.

China’s claims of religious freedom are also disproved by the recent expulsion of thousands of monks and nuns and destruction of their dwellings at the Larung Gar and Yachen Gar Buddhist study centers in Tibetan areas of Sichuan, Arya says.

Beijing’s assertions of authority over the identification of Tibetan reincarnate lamas, with Sun claiming that selections “must all comply with national laws and regulations,” are also unfounded, Arya says, pointing out that the line of Dalai Lamas over which China now claims control based on Qing-era protocols “precedes the Qing dynasty by 253 years.”

And despite Sun’s claims of rapid economic growth in Tibetan areas of China, the figures Sun presents are a “reflection of the massive militarization of the Tibetan plateau, investment in mining activities, construction of dams and tunnels, and increased employment and migration of Chinese workers and settlers in Tibet,” Arya says.

All of this, Arya says, has marginalized the Tibetan people and plunged the region into a climate crisis, threatening Tibet’s neighbors in Southeast Asian countries.

“Initially, they did this with their own media, but now it is more radically open with foreign media,” she said. “However, whether readers buy into the article or not will be up to them,” she said.

“The Indian government, Indian scholars, and Indian media do not necessarily support it.”

Also speaking to RFA, Jigme Yeshi, assistant professor of political science at Calcutta University, said “[Sun’s article] is complete propaganda, and historically the ambassador is wrong about the history of reincarnation.”

“And I would like to know the reason behind the large-scale demolitions at Larung Gar and Yachen Gar if China claims there is religious freedom inside Tibet,” Yeshi said. 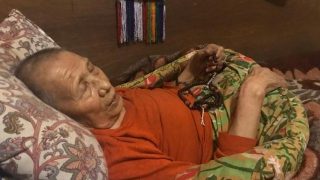