Half the world’s refugee children not in school, UN agency finds

With more and more children forced to leave their homes, over half of the world’s school-aged refugees are now out of education, the United Nations refugee agency said in a new report released on Wednesday.

The agency’s annual report on refugee children’s education, this year called Turn the Tide: Refugee Education in Crisis, warned that without investment, hundreds of thousands more children could miss out on the chance to health themselves and help their communities.

According to the Office of the UN High Commissioner for Refugees (UNHCR) out of a global population of 7.2 million school-age refugee children, four million do not attend lessons of any kind.

The report shows that, despite the efforts of governments, UNHCR and its partners, enrolment of refugee children in school is failing to keep pace with the growing refugee population.

“Education is a way to help children heal, but it is also key to rebuilding their countries,” said Filippo Grandi, UN High Commissioner for Refugees. “Without education, the future of these children and their communities will be irrevocably damaged.”

At a press conference in Geneva, Ita Sheehy, Senior Education Advisor for UNHCR, said that an “unprecedented” increase in refugees this past year has meant that despite committed efforts by governments, humanitarian organizations and donors to change the status quo, the total percentage of refugee children without access to education has in fact stalled.

The report stresses the importance of allowing refugee children to enter national and regular school systems and obtain the same certificates as other children. After spending up to 10 years in parallel learning establishments, some refugee children have “very little with which to move ahead”.

The report notes that in order to address the crisis, investment in local educational institutions is needed to absorb refugee children into existing frameworks.

Finally, only one per cent of refugee children get enrolled into higher education, compared to 37 per cent globally. This last figure is “a chasm”, Ms. Sheehy lamented, noting that it hasn’t changed in the past three years that the agency has published its reports.

She said that contrary to popular belief, 92 per cent of the global population of school-aged refugees live in developing countries. This is further complicating the work by UNHCR.

Ending the press briefing, Ms Sheehy explained how the UNHCR is helping refugees to educate themselves. Innovative options like online courses with a curriculum and standardized certifications, but also collaborations with existing higher educational institutions, some of which are already offering entry courses with diplomas for refugees, are part of the solution.

However, financing remains the biggest challenge and what is needed is better funding, the Senior Education Advisor stressed. 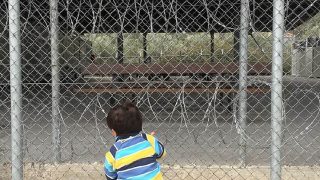