Gou is currently recovering since his vision deteriorated in prison. Otherwise, he is generally in good health, according to another ERCC member, Jia Xuewei.

Gou went missing on March 15, while he was visiting a friend in Zhejiang. His cellphone and computer were taken away from him. Three days later, he was spotted at the Hangzhou East Train Station being escorted by multiple plainclothes police officers. His head was shaved and he was handcuffed.

Since then, Gou’s lawyer has been unable to locate him despite multiple attempts. China Aid reported in July that Gou was detained and held in the basement of a public security bureau office for refusing to reveal the passwords to his computer and cell phone. When Gou’s elderly father was finally allowed to meet with him, he shared that his son did not look well, but that he had been singing hymns and worship songs while being detained.

This was not the first time that Gou has been jailed. At 23 years old, he was a reporter and was imprisoned for more than 10 years for reporting on the inhumane treatment of prisoners in China to human rights organizations abroad. While in prison, he was greatly tormented.

Gou came to Christ in 2016 after he was released, and began attending ERCC.

A Chinese Christian familiar with the case shared on Twitter yesterday, “Brother Gou Zhongcan from ERCC in Chengdu, who was arrested in March earlier this year has returned home yesterday. Thanks be to God that the captive has been delivered!”

Gina Goh, ICC’s Regional Manager for Southeast Asia, said, “What great news to know that Gou is finally free. But the Chinese government has not relented on the persecution of Christians. ERCC pastor Wang Yi and elder Qin Derfu are still criminally detained on trumped up charges and their lawyers and family have not been able to see them, even after 10 months. We should continue to put pressure on Beijing so that they will be set free. None of them deserved imprisonment in the first place.” 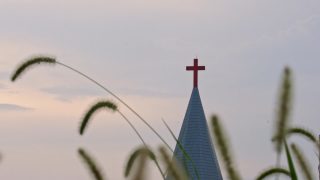