The CCP enforces strict measures to prohibit people from saying goodbye to their deceased devout family members according to religious traditions and customs.

In June, the Office of the Ethnic and Religious Affairs Committee in the northeastern province of Liaoning issued a Notice About Bans on Holding Religious Funeral Ceremonies at Funeral Venues. The document orders all local ethnic and religious affairs departments to not approve religious funerals in cemeteries, funeral parlors, and other such venues. All these sites are banned from holding religious ceremonies for the deceased, including preaching sermons or reading scripture and distributing religious items.

The order is being implemented throughout Liaoning. The Ethnic and Religious Affairs Committee of Dandong city issued an order banning “private religious activities outside religious venues.” The document foresees inspections of funeral parlors and orders religious venues to implement self-inspection measures to eliminate such activities.

“In July, the Religious Affairs Bureau summoned church directors to inform them that congregations were not allowed to hold services for the deceased, and preachers were banned from hosting wedding and funeral ceremonies,” said a Three-Self church preacher from the county-level city of Xinmin, administered by Shenyang city. “Any clergy member who holds such services or ceremonies will be dismissed and punished.”

Bans on religious funeral ceremonies are also implemented in other provinces: people are harassed in funeral venues or even in their homes.

In April, after a member of the Great Praise Church passed away in Yanji town, administered by Shangqiu city in the central province of Henan, her family planned to set up a funeral shed, popular with Chinese Christians, but were stopped by government officials. They rebuked the family, saying that religious symbols are not allowed in people’s homes, so there was no way they could build a funeral shed.

The same month, a Three-Self preacher from Henan’s Yongcheng city was forced to stop a religious funeral ceremony he was holding for a deceased family member. “If I hold religious ceremonies, my church might be implicated, even closed forever,” the preacher explained.

A believer from Ningbo city in the eastern province of Zhejiang told Bitter Winter that in April and June, members of her church went to the local crematorium twice to sing hymns for deceased believers, but security guards told them to leave. When they asked for an explanation, the guards said that “religious hymns cannot be sung because China is an atheist country.”

In September last year, after a member of an unregistered Catholic church died in a town under the jurisdiction of Zhejiang’s Wenzhou city, three government officials came to her home to warn the woman’s relatives that religious funerals had been banned. They explained that “extravagance and waste of money are not allowed” and told to remove crosses and other religious symbols.

When a church member was lighting up cross-shaped candles in the funeral parlor, an employee immediately ordered to stop, threatening not to cremate the deceased’s body if the believer disobeyed. During the following two days, government officials monitored the venue, dispersing believers who sang hymns and removing religious items. 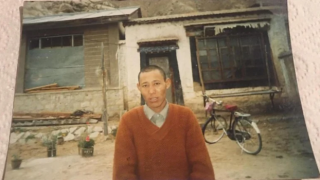